One in eight remain on furlough, says ONS 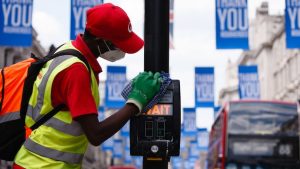 One in eight workers remains on furlough, according to the latest fortnightly figures from the Office for National Statistics.

The ONS found that two-thirds of furloughed staff (67%) were still receiving top-up payments from their employers on top of the 80% contribution from the government.

From 1 August, employers have had to start paying employees’ national insurance and pension contributions while still receiving the 80% subsidy from the Coronavirus Job Retention Scheme. From next month, the government will only contribute 70% of wages, and this will reduce to 60% in October as the scheme winds down.

The ONS data also showed that the number of newly advertised job vacancies had fallen slightly, but just 1%of businesses judged their risk of insolvency as severe. A tenth believed their threat of insolvency was moderate.

Chloe Gibbs, a senior ONS statistician, said: “Despite recent economic news it is encouraging to see that four in five businesses say they are at no or low risk of going bust. Road traffic data show that the number of car journeys is returning back to normal levels as people venture out to shops and travel to work.”

HM Revenue and Customs this week announced that it had begun to write to employers it suspects may have claimed too much money through CJRS, asking them to check their claims were accurate and offering them the opportunity to correct any mistakes.