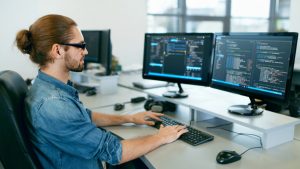 According to the Recruitment and Employment Confederation’s latest Jobs Outlook report covering May-July 2020, employers’ hiring intentions for agency workers in the short term reached net +6, meaning that more employers were looking to expand their temporary workforce than reduce it. In the previous rolling quarter, this figure was +2.

Their intentions to hire permanent employees reached +5, which the REC said was a sign that employers’ confidence was returning after months of uncertainty.

Looking at their medium-term hiring plans (over the next four months to a year) the net indicator for temporary workers reached +13 – the highest this measure has been since August-October 2018.

Asked why temporary staff were important to their organisation, 67% of firms agreed they provided them with short-term access to key skills.

“A flexible jobs market has always been one of the UK’s great economic assets – keeping employment high in the good times and ensuring people have more options when times are tough,” said Neil Carberry, REC chief executive.

“Today’s data show that as lockdown eases and the economy recovers, businesses will use temporary work to start to build back. That makes sense, and matches the pattern of previous recoveries. While the path ahead is still uncertain, temporary work helps firms create jobs sooner, and helps people who need new jobs get back to earning quickly.”

However, employers’ confidence in making hire and investment decisions was still far below that seen during the same period last year. In May-July, this was at net -5 – eight percentage points up from April-June, but suggesting widespread uncertainty.

In the year to May-July 2020, 13% of private sector firms and 8% of public sector bodies had made redundancies. By July the proportions in both sectors had increased to 17% and 18% respectively.

Despite their uncertainty, short-term forecast demand for permanent staff was significantly above average in three sectors: health and social care (+39), education (+26) and technology (+22). One in three employers of permanent staff were concerned about finding appropriate candidates to fill vacancies, suggesting that demand for quality hires was still high during the period.