One in three thinks return to office will be in 2021 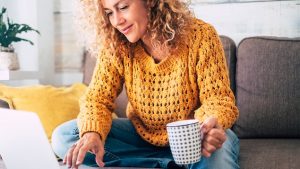 One in three British workers believes they won’t be back in their office or other place of work until at least next year, according to a survey by YouGov for e-learning company Skillcast.

A quarter of the 4,000 workers surveyed said they expect to return to their place of work in 2021, while 8% said they are likely to continue working from home indefinitely.

Forty-five percent said they did expect to be back in the office in some form by the end of December, however, while a fifth said they were unsure on their organisation’s return to work plans.

Those in companies employing more than 250 employees were more likely to think it would be some time before they returned to the office, Skillcast found. Of the larger employers, only 42% expect to return before the end of 2020, and 30% think next year is more likely.

Only 9% sad they were not returning to the office because of uncertainty over when and whether schools would open, the survey found. Just over a fifth (21%) said they were concerned about the risk of contracting coronavirus on their commute, while 30% were worried about catching it at their place of work. Forty-five percent said they simply did not want to commute to work anymore.

Vivek Dodd, chief operating officer of Skillcast, said: “This latest study shows that working from home will remain with us for the foreseeable future.

“These are warning signals for companies to invest in strengthening measures to support their remote workers and manage their compliance risks.”

Last week, a number of research studies showed that employees were spending more time on work tasks since the switch to the majority of people working from home, with some adding as much as two hours each work day.