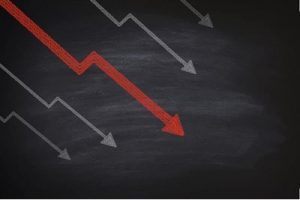 An estimated 198,000 workers over the age of 50 dropped out of the workforce entirely between March and May this year, suggesting that economic pressure on employers is forcing many into an early retirement.

In analysis of the latest ONS data, recruitment firm Rest Less found that the over 50s, of all other age groups, experienced the sharpest rise in economic inactivity for this period.

This means that rather than being unemployed, people had left and were no longer seeking work due to leaving to care for someone, studying, illness or retiring.

The data adds to concerns that the government’s support schemes are overlooking other key areas of the workforce. ONS analysis from May this year also showed an increase in the number of over 50s making Universal Credit (UC) claims.

Over 50s that have left the workforce will be unable to claim their state pension until the age of 66, and an unstable job market may leave them with little options for employment, so UC or independent savings may be the only options available to them.

According to other recent findings from the Aegon Center for Longevity, 73% of UK employees are offered a retirement plan by their employer yet just 30% have a backup plan.

Rest Less founder Stuart Lewis said: “In the wake of the toughest job market in decades, there has been a significant rise in the number of workers over 50 who have lost hope in finding a job and feel forced into an early retirement that many simply cannot afford.”

He warned that, with the furlough scheme ending in October, the situation for the over 50s could be worsened in months to come.

He added: “Sadly, these numbers are simply the canary in the coal mine, we expect this to leave a permanent scar on this generation and their employment prospects.”

He said: “Workers in their 50s and 60s bring a huge amount to the workforce, such as knowledge, experience and great people skills. We see tremendous benefit in having age diverse teams of both young and old working together. This leads to great diversity of thought and experience, but also improves overall workplace happiness.

“Over the last 10 years, the over 50s have been the driving force of economic growth, responsible for nearly 80% of all of the UK’s employment growth. Losing them early from the workforce means we risk losing essential skills and a key growth dynamo to help drive us out of this recession.”

Jamie Mackenzie, director at Sodexo Engage Topic, said it’s important that employers do not forget the value over 50s bring to the workplace.

He said: “They’ve had the years to build knowledge and expertise that can support both the leadership and wider team – particularly at a time when companies need to stand out in a challenging market.

“They are known to be more committed and loyal, so from a business continuity standpoint, it makes sense to not overlook this age group when recruiting. It’s also important to take a look at any biases currently in the system, meaning that older employees are at a disadvantage.”

The Centre for Better Ageing found in 2018 that nearly a quarter of businesses (24%) are under-prepared for the challenges of an ageing workforce, and only about one in five employers are actually discussing their strategies for managing these workers.

Mackenzie added: “To unlock the potential of employees regardless of their age, businesses must look at understanding how their current policies are meeting the needs of staff, so that everyone can come to work as their best self and be as productive as possible.”