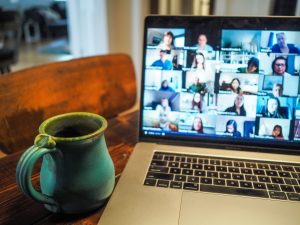 New research by law firm Slater and Gordon reveals bosses are telling female staff to dress ‘sexier’ and wear make-up for video calls and over 35% of UK women have experienced at least one sexist workplace demand since the lockdown started in March. The most common ways men and women in positions of power justified ‘lurid’ comments about dress included saying it would ‘help to win new business’ (41%), saying it was important to ‘look nicer for the team’ (41%) and saying it would be more ‘pleasing to a client’ (38%). Nearly 40% of women said these demands were targeted at them or other women in their teams, rather than equally with male peers, leaving them feeling objectified, demoralised and self-conscious about their appearance. 60% of women didn’t report the requests to dress more provocatively to HR. A quarter agreed to boost their beauty regime for fear of a negative impact on their career.