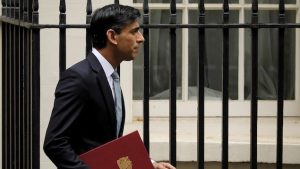 The number of reports of furlough fraud made to HM Revenue and Customs rose by more than half between the end of June and 22 July, official figures have revealed.

A poll by Crossland Employment Solicitors in late June found that a third of employees had been asked to commit furlough fraud by bosses, with some being asked to take significant pay cuts and still work while their employer benefited from the scheme.

The start of August saw the level of financial support available under the scheme begin to reduce, with employers now having to pay employer national insurance and pension contributions.

On 2 August, the total number of jobs that have been placed on furlough totalled 9.6 million, with the total value of claims made standing at £33.8bn, but the Resolution Foundation has estimated that more than half of workers that had been furloughed during the pandemic were likely to have gone back to work.

Support will gradually be removed – with employers having to pay a larger chunk of employees’ wages – until it closes at the end of October.

The government has also now published further details on the eligibility requirements for its Job Retention Bonus, which provides employers with a one-off bonus of £1,000 for every employee who is brought back from furlough and remains in the business until 31 January 2021.

HMRC said that employees must earn at least the national insurance lower earnings limit between November and January 2020, which currently stands at £520 a month.

Employers can also claim for any eligible employees that were furloughed after the CJRS cut-off date of 10 June, if they are returning from parental leave or were part of the military reserve force. They will also be able to claim the bonus for any employees who were transferred from another organisation under the Transfer of Undertakings (Protection of Employment) Regulations, providing they satisfy other criteria.

Chancellor Rishi Sunak said: “Our successful furlough scheme will continue to help businesses and protect millions of jobs until the end of October, and our additional £1,000 job retention bonus will ensure this support continues as our economy reopens and people return to work.

“We will support jobs and businesses as we come out of this crisis just as we did as we came into it.”