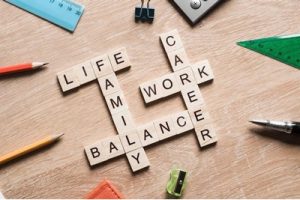 A quarter of working people do not want to reduce their hours of paid work to have more free time.

A new Resolution Foundation report found 40% of those from a lower income household said this was because they could not afford it, compared to 25% from a high-income household.

Wellbeing was a large factor in this – 40% said they enjoyed their work and one in five said they would lose their purpose and be bored with less paid work.

Unpaid work is classed as household chores, shopping, childcare or any other activities which need to be done outside of working hours.

Yet the survey said there was a strong support for a better balance between work and free time, with two-thirds of working people wanting more free time outside of working hours.

Sixty-five per cent said they wanted to spend more time with friends and family, while 20% said this was because they were working too much.

The research did uncover some changes to gender disparities, with the difference between the amount of paid and unpaid work men and women shrinking over the past 40 years.

The total working hours among men and women were now equal at 50 hours, yet women spend four hours-plus a day (both weekdays and weekends) performing unpaid work, compared to two or three hours for men.

Men, in contrast, have reduced their paid hours by eight hours and ten minutes to 34 hours per week, equaling a difference of ten hours per week.

This is matched by a difference in unpaid work time of around 50 and 51 hours for men and women respectively per week.

Many low-paid workers are not happy with their shorter hours, with underemployment highest among those in this group reflecting the impact on overall living standards of short hours and lower hourly pay.

George Bangham, economist at the Resolution Foundation, said the data shows a new working time inequality has emerged in households of different incomes.

He said: “Low-income households are working far fewer hours per week than high-income ones. As many households rethink their time use in light of the lockdown, it’s important to remember that while some people want to work fewer hours, others want or need to work more. And for many, control of working hours can be as important as the amount they do.”

People working in London spend more hours in paid work including travel and work longer into the evenings than those in other parts of the country, while spending an extra 25 minutes per day commuting.

Speaking to HR magazine, Gerwyn Davies, senior labour Market Adviser at the CIPD, said the report brings the viability of a four-day working week into question.

“Many people need to work full-time – or as many hours as they can get – in order to make ends meet.

“It’s interesting to note that people don’t want to reduce their hours for the simple fact that they enjoy working. A four-day week is likely to have the adverse effect with employers intensifying work, causing higher level of stress among workers.

“However, we would point out that the current economic situation means a shorter working week could be an option for some employers looking to stave off redundancies while demand is lower.”

The average time spent on childcare has risen by 55 minutes on average for women, a 150% change and 34 minutes for men (a 400% increase).

The report was made up of responses to the UK Time Use Survey (UKTUS), where respondents keep a time diary over the course of a whole week, documenting what they are doing, where they are, who they are with and how much they are enjoying their activity for every 10 minutes of the day.

This was converged with Office for National Statistics data and the Labour Force Survey.