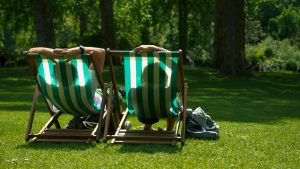 The value of claims paid from the government’s Coronavirus Job Retention Scheme has reached £31.7bn, according to the latest data from HM Revenue and Customs.

Since 1 July only employees who have been previously furloughed (between March and June) can join the scheme, so the number of jobs furloughed has plateaued at 9.5 million. Also from 1 July, employers began to be able to furlough eligible staff on a part time basis.

More the 1.2 million employers are currently using the CJRS and from 1 August the government starts to taper its support. See box below.

Florence Brocklesby, founder of employment law specialists Bellevue Law said: “The industries that we have seen most affected by unemployment so far – aviation, hospitality, leisure and retail – are soon likely to be joined by a raft of others.

“The Chancellor deftly deployed the CJRS scheme to prevent knee-jerk redundancies. But some businesses simply won’t be able to retain all their people as the scheme requires employers to contribute from 1 August and will close from the end of October. Our view is that the true picture will begin to emerge in the next set of HMRC’s figures.

“This period has affected different businesses differently with some nearing closure or considering large redundancy rounds and other hiring as their demand soars. We don’t underestimate the scale and nuance of the challenges that the government is facing. Equally, we do need to see some fresh thinking about how to help working mothers and individuals with health concerns who have been disproportionately affected by furlough and redundancy. “

Hannah Strawbridge, founder of employment law and HR specialists Little Pig 3 said it was the “calm before the upcoming storm”. Unemployment has increased by 600,000 since the beginning of lockdown and is expected to continue to rise.

“Next month, we’ll see the real jobs cost of employers being asked to contribute to furlough costs. It’s a difficult balancing act that the government is trying to pull off,” she said.

“Furlough, reduced work hours and unemployment are disproportionately impacting on women and that needs addressing urgently. We want government to remind employers of their obligations and ask them to treat people fairly at all times. It’s not as if employment rights have gone away. A failure to do this properly today and over coming weeks is simply storing up trouble later when we’ll see a wave of claims coming through. It’s cheaper, quicker and better for the long-term viability of your business if employers get this right now.”

August 2020: The government will pay 80% of wages up to a cap of £2,500. Employers will pay ER NICs and pension contributions – for the average claim, this represents 5% of the gross employment costs the employer would have incurred had the employee not been furloughed.

October 2020: The government will pay 60% of wages up to a cap of £1,875. Employers will pay ER NICs and pension contributions and 20% of wages to make up 80% total up to a cap of £2,500. For the average claim, this represents 23% of the gross employment costs the employer would have incurred had the employee not been furloughed.

November 2020: The scheme is closed, but if an employer brings someone back who was furloughed and continues to employ them between November and January 2021, the government will award a £1,000 “bonus” for each worker.