Furlough fraud: how employers can ensure their CJRS claims are lawful 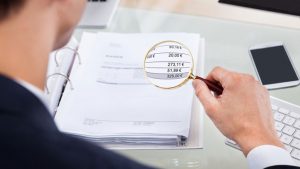 Recent furlough fraud arrests have focused minds among HR professionals on ensuring that their use of the Coronavirus Job Retention Scheme stays above board and there are no errors and poor record-keeping that could lead to investigation by HMRC. Taylor Wessing’s Colin Godfrey offers guidance.

The UK’s Coronavirus Job Retention Scheme (CJRS) is an unprecedented government intervention aimed at avoiding the need for businesses to make large-scale and wide-ranging redundancies at a time of incredible challenge for many businesses.

As an urgent measure, the CJRS has been marked by a significant amount of update, amendment and clarification since its introduction in March. At times there have been almost daily changes to underlying government guidance and direction from the Treasury.

As difficult as it has been at times to keep tabs on the qualifying criteria and breadth of the scheme, the risk of submitting ineligible claims is significant.

What is the risk?

The nature of the CJRS is that it relies on employers making a self-declaration of their, and their employees’, eligibility to make a claim. It also relies on employer applying funds received under the scheme in accordance with the purpose for which they are paid (ie to pay employees’ salaries).

The sheer number of employers submitting claims, and the need for those claims to be urgently processed to enable many employers to keep afloat, means that it is likely that there will be a substantial review exercise carried out by HMRC over future months (and perhaps years) into the lawfulness of claims submitted.

There is no doubt that the recent report of arrests for fraudulent claims under the CJRS cannot just be put down to innocent errors and misunderstandings. The fact that enforcement action is now being taken reinforces the importance of employers getting it right. While not all ineligible claims risk similar enforcement action, there are potentially serious consequences for employers (and individual directors and partners) in the event of subsequently identified furlough fraud.

What is ‘furlough fraud’?

You will not find the term “furlough fraud” anywhere on the statute books.It has come to be used to describe cases of obtaining money through the CJRS when not eligible to do so, or failing to apply monies granted through the CJRS in accordance with the scheme.

It is clear that furlough fraud is likely to be within the scope of the Fraud Act 2006, as well as other common law criminal offences. There is also a risk to directors and partners of companies under the Criminal Finances Act 2017 if “furlough fraud” is considered to constitute criminal tax evasion that has been deliberately facilitated by a person or entity performing services for, or on behalf of, the employer.

The Finance Bill 2020 is also likely to add to HMRC’s enforcement armoury. It will extend HMRC’s powers to check that any payment made to employers under the CJRS is applied correctly. It will also allow for financial penalties to be imposed on those guilty of fraud.

Does it matter if it is accidental or deliberate?

Yes, even an accidental furlough fraud is likely to give rise to enforcement action by HMRC to recover payments that have been unlawfully claimed. Deliberate acts of fraud would certainly give rise to a wider range of offences, and a greater likelihood of action being taken.

Under the draft Finance Bill 2020, it is proposed that employers who have (whether deliberately or mistakenly) committed furlough fraud will be given 90 days from the date the legislation comes into effect to self-report. That would protect those self-reporting from financial penalties that HMRC could otherwise impose. However, it seems unlikely that this would shield deliberate wrongdoers from the possibility of other sanctions.

What should employers do now?

The simple answer is to check, check and triple check claims that have been submitted and that are being submitted under the CJRS. It is vital to ensure both that the employees in respect of whom claims have been made were eligible, and that funds received have been appropriately applied.

As the CJRS has been regularly evolving and developing since its inception, ensuring full compliance with the scheme has been an unenviable task. There have been numerous updated versions of the government’s guidance and several variations of the Treasury Direction (and the two have not always sat comfortably side by side). In that context mistakes are bound to have happened, most of which will have been entirely innocent. What is clear is that now is the time to root out and report inadvertent mistakes.