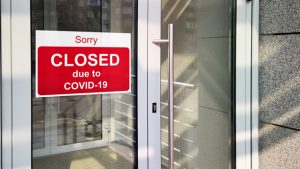 Two in five (44%) organisations with staff on furlough say they will have to make some or all of their furloughed staff redundant when the scheme comes to an end.

With the government scaling down the support it offers via the Coronavirus Job Retention Scheme from August, a quarter of businesses are not confident they will be able pay an increasing share of the wages for furloughed employees, indicating many are likely to struggle over the coming months.

According to think tank Bright Blue, the majority (58%) have been topping up furloughed employees’ wages to 100% of their usual pay. This was more likely among medium (81%) and large (79%) businesses than small firms (59%).

The report, authored by Bright Blue senior researcher Anvar Sarygulov, says: “The social distancing measures have helped to stop the pandemic from running out of control, and businesses will benefit from the recent relaxations in the two-metre rule. But the threat of a resurgence continues to trouble businesses, with business leaders more likely to believe that demand for their trade will not return to normal for some time and that their business model is likely to be permanently changed.

“The government has already implemented extraordinary measures to address the Covid-19 pandemic. In the months ahead, they will have to effectively follow-up on current policies, to both contain the economic fallout from the crisis and to build the road to the recovery.”

Many businesses expect to reopen their workplaces as soon as the rules allow (26%) or over the next six months (24%). Thirty-one per cent had remained open or have recently opened up.

But social distancing guidelines remained a problem. Only 23% of firms say they can operate normally and 13% are unable to operate at all.

The Bright Blue study involved an Opinium poll of 520 businesses, which was conducted between 18-24 June 2020.

The research was published as the Organisation for Economic Cooperation & Development (OECD) warned the UK unemployment rate could soar to 14.8% if a second wave of the coronavirus pandemic was to hit. The current unemployment rate is 3.9%.

However, if a second wave was to be avoided, the unemployment rate could still rise to 11.7% by the end of 2020 – which would be the highest level seen since 1984.

The OECD based its predictions on the accelerating number of UK organisations cutting administrative office jobs, at a faster rate than other European countries.