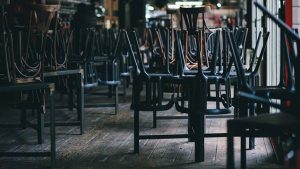 As thousands of job cuts were announced in retail and aviation this week, a survey of reward and benefits leaders has shown that businesses are unsure how long they will need to implement measures such as pay cuts, pay freezes and lay-offs to help deal with the coronavirus crisis.

“Since we first conducted our first survey in this series in March, we’ve seen a continued increase in the percentage of companies implementing reductions in pay, benefits and staff,” said Korn Ferry global benefits and reward leader Don Lowman.

“With the uncertain path this pandemic is taking, it’s critical that organisational leaders monitor the situation regularly and adjust plans to meet the evolving situation, while still keeping an eye to longer-term recovery.”

Almost a third of companies cutting wages said the cuts would last three to four months, while the same proportion said cuts would be for five to six months.

Korn Ferry’s survey of 121 UK companies between 20 and 28 May found more than half (57%) had implemented or were planning temporary furloughs leveraging the Coronavirus Job Retention Scheme. One third said furloughs were expected to last two to three months, but 37% said they did not know how long the furloughs will last.

Almost half (48%) had either implemented or were considering redundancies, affecting 16% of their workforces on average. Other findings included:

The majority of organisations (75%) expect changes to their total rewards programmes during the next six months to two years, with 41% expecting “significant changes”.

“It will take time to adapt to a new way of doing business, but company leaders must remember that to attract and continue to engage the best talent, they will not only need to have a competitive rewards and benefit programme, but a programme that is valued by employees and is cost effective,” added Lowman.