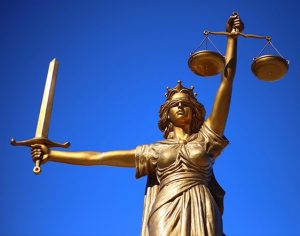 Under the announced draft ‘Corporation Tax/Income Tax – Taxation of Coronavirus Support Payments’ legislation currently being fast-tracked through parliament, employers could be given a 30-day amnesty to notify HMRC of any mistakes in their use of the furlough scheme before a penalty could be applied

The amnesty would apply for 30 days from the incorrect claim or 30 days after the bill becomes law if sooner.

The full draft legislation – which will become part of the Finance Bill 2020 and is expected to come into force in early July – contains powers for HMRC to check that money paid to employers to support workers under the Coronavirus Job Retention Scheme (usually known as the furlough scheme) has been used correctly, and to reclaim money that has been overpaid or misused.

Parallel powers are contained in the draft legislation for the support scheme aimed at the self-employed, and there will also be penalties for deliberate misuse of the schemes to support HMRC’s already extensive powers.

Company officers may also be held jointly and severally liable for Income Tax charges raised in relation to findings that companies acted fraudulently, where there is a serious risk that the company may be unable to pay the charges.

As the furlough scheme is complex and rules and guidance have changed more than once – for example on the cut-off date by which furloughed employees must have been on the payroll – any leniency around errors will come as a relief to many employers.

This perhaps particularly applies to those who rushed to protect threatened staff support and save jobs during the frightening early days of lockdown, when the scheme was new and understanding of it more limited.

However, it is clear that a minority of employers have deliberately abused the scheme by requiring furloughed employees to continue working. One rule that has been quite clear throughout is that (to date) furloughed employees may not do any work at all that brings a benefit to their employer.

Another is that the full amount claimed must go to the employee’s gross pay; it will be hard to maintain that these sorts of breaches were honest mistakes.

HMRC and whistleblowing charities such as Protect and WhistleblowersUK report high numbers of calls about “furlough fraud.”

This includes employers requiring employees to work as usual while claiming funds to support some or all of the wages they receive; misleading employees about how much support they are entitled to receive; and even in some cases reporting employees as furloughed who had no idea they had been included and who were working just as before.

In the worst cases, employees have been unable to claim other state support as their employers have used their names to claim furlough pay and retained it.

Protect reports that almost a third of calls come from hospitality workers and about one in five from retail workers. WhistleblowersUK reports that about a fifth of calls it received came from the care sector.

HMRC does not publish statistics by industry, but by the end of May it reported receiving 1,868 fraud reports through its online portal, more than double the number it had received mid-month.

Reports may be made anonymously through the online reporting service; however, HMRC’s usual postal and telephone fraud reporting contacts are temporarily unavailable during the pandemic.

HMRC actively encourages workers with a concern to make a report, although it also highlights that this is not the only way it uncovers fraud.

Employees who do report concerns that the scheme is being applied wrongly or fraudulently to their employer or to an appropriate external body like HMRC will have legal protections from victimisation or dismissal as whistleblowers, even if they do not have the required two years’ service to bring most unfair dismissal claims.

It seems likely that reports of furlough fraud will climb when companies inevitably begin to make employees who have been kept on furlough redundant, as many unfortunately will once government support is tapered down from 1 August this year.

Employees who might have kept quiet about wrongdoing to continue to receive an income through the scheme will no longer have an incentive to stay quiet or fear losing their jobs, and they may also feel ill-treated by their former employers.