Racism in the workplace: new survey shows only slow progress 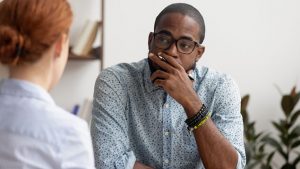 The extent to which the job prospects of black and ethnic minority workers lag behind those of the white majority has been measured by a major study.

Researchers found that although the employment prospects of some BAME people had improved since the 1970s, they still were stifled compared with those of white people.

A team from the University of Bristol, the University of Manchester and the National Centre for Social Research analysed national census data from 1971 and 2011, covering more than 70,000 people in England and Wales.

The authors concluded that the ethnic inequalities in the 1970s had survived the past four decades and particularly disadvantaged men and women in Bangladeshi, black Caribbean and Pakistani groups.

“These findings would appear in keeping with work exposing the ethnic penalty which continues to affect the access of minority groups to employment and the ways in which persistent racism limits access to positive socioeconomic outcomes, including social mobility,” said Dr Saffron Karlsen, senior lecturer in social research, University of Bristol.

The study, which was published in the journal Sociology, found that men in five of the seven ethnic minority groups had a rate of unemployment or sickness higher than that of white men in 1971: Irish, Indian, Pakistani, black Caribbean and black African. This figure rose to six groups in the 2011 census with the addition of Bangladeshi.

Women in six of the seven ethnic minority groups had a rate of unemployment or sickness higher than white women in 1971: Indian, Pakistani, Bangladeshi, black Caribbean, black African and Chinese. By 2011 Chinese women were not included in that category, but Irish women were.

However, the proportions of BAME people in manual jobs had fallen against the white British group since the 1971 census, the study found, with only four groups of men more likely to be in manual work that white British men, compared with seven in 1971. The four were Irish, Pakistani, Bangladeshi and black Caribbean. The same was true of women too, but the four groups were Indian, Pakistani, Bangladeshi and black Caribbean.

Dr Karlsen said there was evidence of “decade on decade improvement” but not enough to get near closing the gap that was open in 1971.

The study found that the most disadvantaged groups were men and women of Bangladeshi and Pakistani ethnicity, who were 1.5 and 1.3 times more likely to be in manual work than their white counterparts in 2011. The ethnic groups with a relatively strong position were men of Chinese and Indian ethnicity, who were less likely to work in manual occupations than white men in 2011.

“There is sufficient consistency to suggest that this is a problem produced and perpetuated at the societal level,” she said. “Addressing these inequalities will not be resolved by a focus on particular individuals or cultures and their perceived limitations, rather the focus should be racism, discrimination and their consequences.”

Further cases emerged today of racism in the workplace. The BBC reported a number of cases within the police force in which people were treated badly relative to white colleagues of the same rank, often from their very first day in post. In one, Mike Boateng, who is black, said he was consistently discriminated against during his time as a police officer in Manchester. On his second day, he said, a senior officer made him stand next to a screen so he could be compared with a picture of a black ex-footballer, called Michael Boateng, who had been jailed for match fixing in 2014.

Boateng, later to become a contestant on Love Island, told the BBC: “I called [the senior officer] out and said ‘how can you think that looks like me just because he is a black guy?’ I had to bring in my passport to verify that wasn’t me. It was insulting. I had been through a vetting process to get the job in the first place. So I couldn’t understand why this was happening.”

Meanwhile, TV chef Nadiya Hussain has revealed her own experience of direct racism which took place about 15 years ago: “I was responding to an ad in the paper, back in the day when we looked for jobs in the paper…there was an ad for a hand model needed to model jewelry,” she wrote along with two photos of her hands. “I called. Made an appointment. No previous experience required. I had hands, I needed the money, so figured it was a no brainer!”

Hussain said when she walked in for the audition the whole room went silent. She recalls only seeing “white faces and white hands”. A woman came out to speak with her and told her she wouldn’t be able to audition. She said to Hussain: “I’m sorry, I didn’t know you were black,” and “black hands don’t sell jewelry”.

“I never really thought about my hands, till the color of the skin that covered them stopped me from getting a job. When you are a teenager, already a little lost, words like this stick.”

For Richard Kenyon, partner at employment lawyer, Fieldfisher, Hussain’s example was a “clear of example of unlawful direct race discrimination – selecting, or in her case not selecting, candidates for a job on the basis of their race. There is a very limited exception to this, where being of a particular race is an occupational requirement and the application of that requirement is a proportionate means of achieving a legitimate aim. The most commonly cited example is the recruitment of Indian waiting staff in an Indian restaurant for the legitimate purpose of creating an authentic atmosphere. In Nadiya’s case, pandering to the perceived prejudices of the jewellery buying public is highly unlikely to satisfy the exception.”

Kenyon added that although people were more circumspect today about being so outwardly racist in the workplace, many people hid their racist impulses. He said: “The example given by Nadiya is blunt and unlawful. It is also an example of unashamed honesty about the unlawful treatment which would be far less prevalent today. Over the years, the majority of people have learnt what not to say publically regarding their true thoughts and feelings about race. Prejudice has not gone away, people have just become more adept at hiding and denying it, even from themselves. It has become harder to identify and more difficult to call out. It is often silent and even inadvertent but nonetheless devastating for the career prospects of the victim.”