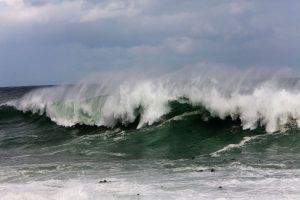 StepChange Debt Charity has warned that a personal debt tsunami of £6bn, directly attributable to the pandemic, could hit 4.6 million households in the coming months.

After conducting independent research, the charity has published a paper warning that coronavirus-related debt will act as a drag on economic recovery and will soon deluge advice services; debt charities are gearing up for a doubling in demand for advice by the end of 2020.

In light of this expected surge the briefing sets out three key recommendations, including the creation of a £5bn debt relief fund to offer grants, to enable a less painful exit from the debt backlash.

StepChange chief executive Phil Andrew said: “We were already dealing with a debt crisis, but Covid has so far added another four million people, and counting, to the number who will need help finding their way back to financial health.”

He added: “Cost might be seen as a barrier to the recommendations we outline. However, the costs of not intervening would ultimately be higher.”

On the basis of the YouGov study, StepChange estimates that each affected adult has accumulated an additional £1,076 of arrears and £997 of debt. These figures reflect the situation as of late May, the charity added, and are likely to increase before the lockdown is fully phased out.

Since the lockdown started, StepChange estimates that 1.2 million people have fallen behind on their utility bills, 820,000 people on their council tax, and 590,000 on rent.

Without mitigation, StepChange said, the situation will worsen once job support and forbearance measures are withdrawn.

But the charity identified three “realistic” focus areas that would help households return to a sustainable financial position. These were:

1. To embed tapered ongoing protections and forbearance on housing/rent, credit repayments, and council tax. StepChange said this would provide a sustainable route over a manageable period for households whose incomes recover, but who are left with a debt backlog. The charity said there should be a central principle of a gradual exit, rather than a sudden cliff-edge at which full repayment is required.

2. To implement a central fund of at least £5bn to enable grants for those who fell behind or were forced to borrow during the pandemic, and whose incomes do not recover.

3. To reform Universal Credit – at least for a temporary period – to address the shortfall between the support available and households’ essential costs incurred during the pandemic.

StepChange also said that IVA lead generators, who were posing as debt charities, should be prevented from scamming vulnerable consumers at a time when more people may be searching online for help.

The sample size for YouGov’s study was 3,796 adults and the survey was undertaken between May 15 and 19. StepChange said the figures have been weighted and are representative of all British adults.