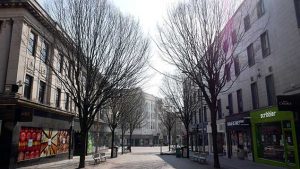 The government is considering lifting Sunday trading laws for a year in a bid to stimulate the post-pandemic economy, the Times reported this weekend.

Existing Sunday trading laws, which came into force under the Sunday Trading Act 1994, limit shops with a retail space of more than 280 square metres to a maximum of six hours’ opening. Changes to the legislation would allow supermarkets and other retailers to open longer.

But unions and opposition MPs argued the proposal would do little to help economic growth and could put retail employees – many of whom have worked at the front line throughout the pandemic – at further risk.

Shadow foreign secretary Lisa Nandy said it would be wrong to relax the laws. “We’ve just been applauding our frontline workers, supermarket workers are amongst those,” she told the Andrew Marr show yesterday.

“They are deeply worried about what this all means for them in terms of time with their families. This could hit our high streets very hard as well at a time they are really struggling with coronavirus – I just think this is the wrong thing to do.”

“The last thing the retail industry needs is longer trading hours: there is no economic case for this and it will put extra pressure on the retail workers who have worked so hard throughout this crisis.

“Retailers have mixed views over the benefits of opening longer on Sundays and we have repeatedly demonstrated that it would be bad for business.

Opening for longer will increase overheads but not necessarily take any more cash through the tills. The fact is that customers will not have more to spend just because the shops are open for longer.”

Smaller convenience stores, which are exempt from the trading restrictions, oppose the move as it could affect their own businesses.

“Changing these laws would only displace trade from the local shops that have been keeping communities going during this pandemic.”

Rayhan Haque, founder of the London Good Work Commission, worried that relaxing the legislation would “normalise a seven-day working culture”, which he described as “exactly the opposite of what people want”.

According to the Times report, the government is also drawing up plans to fast-track approval for pubs and cafes to serve food and drink outside, after business owners complained that the two-metre social distancing rule meant it would be difficult for some smaller venues to open and generate enough revenue.