Fastest increase in candidate supply since 2009 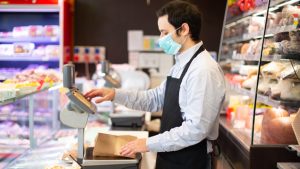 Recruiters have seen candidate supply rise at its fastest rate in more than a decade, but there has been a substantial drop in the number of jobs available for those who have recently become unemployed.

According to the latest Recruitment and Employment Confederation (REC) and KMPG Report on Jobs, there has been a boom in the number of candidates available for permanent and short-term roles, driven by redundancies and staff being placed on furlough.

However, at the same time there were marked drops in demand for both permanent and temporary workers and a steep reduction in the number of overall vacancies listed in May.

“Hiring plans which were put on hold in March remain on ice, with many businesses focusing on maintaining their current staff rather than expansion or replacement,” said James Stewart, KPMG vice chair.

“The number of people looking for work has risen at the quickest rate since July 2009 making it a highly competitive market. With a potential July stimulus package from the government set to include a focus on retraining and skills, adaptability will be the key to success for jobseekers in 2020.”

REC chief executive Neil Carberry said there had been some signs of recovery in the recruitment market in the two weeks since the data was collected.

“Lockdown rules have been eased and the feedback we get from recruiters every day suggests that the slight improvements that we can see in the placements and vacancies data have continued,” he said. “I’m also hearing from business leaders all over the country that things are starting to look up. There is a long way to go, but it’s time to talk about how we recover from this crisis.”

The report’s Total Vacancies Index showed that the number of job posts available had fallen well below the neutral 50.0 level at 19.3, although this was up from April’s record low of 9.3. A rating above 50 indicates that demand has increased compared with the previous month.

The steepest reductions in vacancies were seen in the private sector, though demand for public sector staff also fell at a historically sharp pace, with index ratings of 23.7 and 29.8 respectively. By way of contrast, the respective ratings in the private and public sector in December 2019 were 53.3 and 51.0.

Nine of the 10 job categories monitored saw a fall in demand for permanent staff during May. The steepest reduction was seen in retail, closely followed by hotel and catering. The only category in which a demand for staff was registered was nursing/medical/care.

Starting salaries for permanent roles fell at their fastest rate since February 2009, while pay for temporary roles fell at its fastest in 11 years. The report says both were due to weak demand for staff and budget cuts.