Worst might be over for UK hiring slump – survey 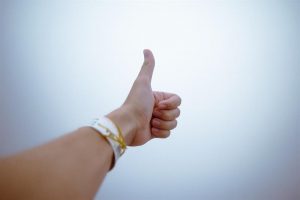 LONDON (Reuters) – British employers turned a bit less pessimistic about hiring and investment this month as the government moved to relax its coronavirus lockdown of much of the economy, according to a survey published by a recruiting industry body.

The Recruitment & Employment Confederation’s Business confidence measure remained negative but rose to -10 from -21 in April. Short-term demand for permanent staff improved to -5 from -9.

“Coronavirus has caused a huge slowdown in the labour market, but this data indicates that the worst could be behind us,” REC chief executive Neil Carberry said.

Demand for workers in May was strongest in the health and care sector but was likely to rise more broadly, REC said.

Separately, the Institute of Directors said a quarter of its member firms using the government’s wage subsidy programme would struggle to contribute to the salaries of furloughed workers from August, raising the prospect of job losses.

“Business leaders know that the government’s support can’t be infinite but the ugly truth is that if there’s no money coming in the door many firms will be forced to make difficult decisions,” IoD Director General Jonathan Geldart said.

The IoD’s survey of 697 company directors showed around half of those using the scheme for their staff could provide 20% or more toward furloughed workers’ full-time salaries between August and October when the programme is due to end.

Finance minister Rishi Sunak will announce in the coming days how much companies will have to contribute to the scheme which has so far cost the public purse about 15 billion pounds.