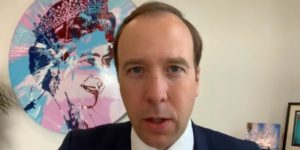 Matt Hancock has said that employers are responsible for paying the wages of anyone asked to self-isolate as the new test and trace programme is launched.

He also insisted that the scheme would run on a “voluntary basis”, but that compliance could be made “mandatory” in future.

Boris Johnson confirmed on Wednesday that the NHS Track and Trace programme would be rolled out from Thursday.

Under the system, teams of tracers will track down anyone who has been in close contact with an individual who has tested positive for coronavirus.

Those people will be then told to self-isolate for fourteen days, even if they are not displaying any symptoms themselves.

Asked on Sky News whether employers should pay the wages of employees who are told to self-isolate, Mr Hancock said: “Yes. If you are instructed by the NHS, for public health reasons, to stay at home then that is the equivalent in employment law to being ill and it is very important that employers are flexible about this.”

And, speaking on BBC Breakfast, the Health Secretary said: “The onus is on employers. When you’re instructed to go home by the NHS that is the equivalent of being off ill.

“We did put in place support much earlier in the crisis to deal with this challenge, it is a very significant problem.“

When asked if sanctions could be brought in in the future, Mr Hancock said he would “rather not” do that.

He added: “At the moment we’re doing this on a voluntary basis because we think the overwhelming majority of people, when instructed to self-isolate by the NHS, will do so.

“But of course, we have the legal powers to make this mandatory if we need to. I’d just rather not do that.”

The Health Secretary said: “Obviously we’re going to track very carefully the proportion of people who do what they’re instructed to by the NHS.