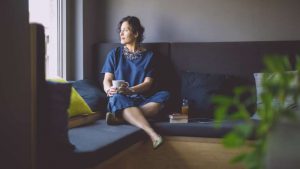 According to an exclusive new study from the UK’s leading independent job board, CV-Library, the majority (53.2%) of Brits are worried about losing their job during the coronavirus pandemic.

What’s more, three-quarters (77.2%) of workers on furlough have expressed concerns that there may not be a job available for them once the scheme is over.

“We’re living in very strange times and this is impacting people at all levels. The government is doing its best to get the economy moving again, but this is going to take time and a lot of professionals are struggling with the uncertainty. Indeed, our data shows that the majority of people who are still working or on furlough are worried about job security and whether their employer is even going to weather the storm.”

Amongst workers who have been placed on furlough, many are concerned that there may not be a job available to them once the government scheme ends. The findings suggest that:

“We know that some industries are going to suffer more than others and we’re expecting to see a real shift over the next 12 months in terms of what people want and need from their job; especially in the absence of pay rises and promotions. Following such an uncertain period, more professionals will want to work for employers that can offer some sense of job security, especially as the pandemic will have a long-lasting impact on the UK economy.”