How the furlough scheme is creating challenges for different sectors 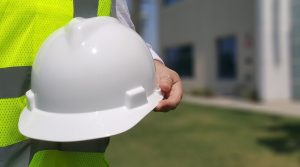 Some sectors are struggling more than others with the workings of the furlough scheme, and will face different challenges returning to work.

The furlough scheme has been a lifeline for individuals and businesses. But managing it can come with headaches. Here’s how five sectors are coping

Ron Johnson, director of Tyne and Wear Engineering, has a problem.

But now the work is drying up again.

“We’ve got another week’s worth of work, and that’s about it,” he explains. “So what do I do? I can’t afford to furlough the whole factory again, so I’ll have to furlough them in stages, if I’m allowed. I’m not sure whether I’ve got to put them on furlough for another three weeks, which we probably do. It’s a long time to furlough somebody.”

As an engineering firm manufacturing parts for machinery, the furlough scheme has been a blessing and a curse.

Being a reactive business, the three-week minimum block for furloughing has been too much.

“Even though you might not have as much work as you’d like, it makes it difficult because you’re shutting down for a three-week period. If you could be more flexible with it and bring people back when you need them, that would be better.”

So how are other sectors faring?

Like Johnson’s experience in engineering, construction firms have also struggled with the minimum three-week furloughing period. With that initial period now over, firms are weighing up whether they should keep staff around or furlough them again, risking missed contracts.

Dan Heelan, business services director of accounting firm Heelan Associates, says that among the larger firms, there is uncertainty about how best to proceed. “An electrician client of mine said to me: ‘I want to advertise that I’m open because I don’t want to miss opportunities, but if I furlough someone it’s got to be for a minimum of three weeks.’ Now we’re through that period, so he could call them back any time that he wants, but what if it’s just for one job?”

This is the case for most of Heelan’s construction clients. While domestic work is picking up a little as the lockdown eases, larger commercial work has been slower to return. The work in construction and construction-related manufacturing is extremely reactive, so workloads are particularly difficult to predict.

Like Johnson, most are planning to put their people on a furlough rota. It’s a slight logistical headache made worse by the uncertainty and lack of control that has become a feature of this economic downturn.

“If this was the 2008 crisis, they’d be able to deal with demand, they can make a decision,” says Heelan. “In this crisis, you don’t have the ability to test. If you bring a guy back and you’ve made a mistake, you’ve got a very finite time before you’re spending a lot of money very quickly.”

Construction’s view on the 60%, part-time furlough

While headlines have been given over to the actors and musicians that have lost work, there is an entire ecosystem of businesses, from construction to catering, that specialise in media and events production work.

Kaziu Gill has seen this from both sides of the fence. He co-owns both Lime Green Accountancy, which works with a lot of media and events agencies, and Sine Digital, a marketing agency which works predominantly with theatres. “[Sine Digital] has been hit very, very hard, and we had to furlough a number of staff.”

For businesses in this sector, the aim is to get the most out of the furloughing scheme as possible. You can backdate the furlough scheme to the first of March, but companies are concerned about proving that their claim is valid. HMRC has said that it will retrospectively check claims; it is inevitable that once those checks start taking place, that there will be questions over some claims.

The advice for companies in media and events is all around cashflow, stopping unnecessary expenses, and waiting out the storm.

However, for businesses that are able to think outside of the box, there are opportunities to be found. “We actually formed a group of like-minded businesses going through the same problems,” says Gill of Sine Digital. “We’ve actually managed to generate some business out of that. So there is a bit of optimism now.”

Media and events’ view on the 60%, part-time furlough:

“Furlough has been a godsend for the charity sector,” says Stuart Hurst, chair of the UK cloud accounting group for UHY Hacker Young, who is trustee of Warrington Wolves and involved in charities such as Warrington Disability Partnership and Age Concern. Some charities have furloughed 90% of their staff.

Due to the nature of funding in the non-profit sector, where grants are delivered for specific uses of specific periods of time, there has been a lot of worry about what will happen to the reserves organisations currently have. In most cases, grant providers have been lenient and allowed that money to be used outside of its original intentions, but in some, there are some protracted talks over whether organisations can keep the money. “Some of those grants consist of several years worth of payments that have been put in jeopardy,” says Hurst.

For non-profits, particularly those with low reserves, the plan is to keep staff furloughed until there’s more clarity. “I would see them leaving it going until the end of June, and possibly until September/October time on a part-time basis. They will absolutely max the use of that.”

Non-profits have used the time to innovate and embrace digital solutions, which has given them a route to a new audience. As silver linings go, it’s faint, however. “Most charities do not have huge reserves – they have between three to six months worth of spend, which in the grand scheme of things, is not very much.”

For many businesses in agriculture, furlough isn’t really an option. They are either family-run, or they need people to be able to keep their farms going. While some expenses, such as machinery purchases, can be halted, the day-to-day costs involved in keeping the farm running – feed and fertiliser, for example – can’t be stopped.

Farmers feel largely forgotten in government measures, most of which either don’t cover their industry, or don’t quite work for the business model. Furloughing has been used where possible, but for most farms, the solution is to find a new source of revenue. A lot of this involves reverting to past practices: selling local, and cutting out middlemen.

“They’ve started approaching the supermarkets directly,” says Ghanshyam Vaswani, whose firm, 24Budha, works with a number of farms. “They are also organising farming fairs – once a week or fortnight, they organise an outdoor market along with other farmers, where they can sell their produce directly to consumers in a socially distanced way.”

Vaswani is helping clients to identify where they can cut expenses, negotiating where possible on behalf of clients to fix prices. “We’re also extending bookkeeping services to them in these difficult times, and we’re waiving our fees on that work.”

Agriculture’s view of the 60%, part-time furlough:

The furlough scheme has been great, but one size can’t fit all

Despite the issues that businesses have had in managing furlough, the consensus is that the furlough scheme has been a great measure overall. It is bound to fit some sectors more than others, which is where accountants can help clients manage furlough more effectively.

For the next stage of the furlough, at the 60% rate, there is optimism that it will provide businesses more flexibility as they work their way out of lockdown. In the meantime, all most companies can do, no matter the sector, is wait.