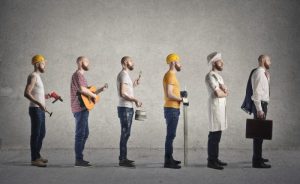 “Given the extent of the economic crisis, today’s figures could be a lot worse. It is early days, but it seems that employers first response to the pandemic has been to cut pay and recruitment rather than to make large-scale redundancies.Vacancies have been slashed alongside a sharp fall in pay. By contrast, the level of redundancies has not increased significantly yet. This is largely due to Government’s Job Retention Scheme and employer efforts to avoid the need for significant job cuts through a variety of tactics such as pay freezes.

The Government announcement that it is to extend the furlough scheme until October, and make it more flexible, gives hope that employers will be able to continue to protect jobs as lockdown measures are unwound and the economy starts to pick up over the summer and autumn. The retention of existing workers will be critical to the economic recovery, especially given the introduction of migration restrictions later this year.”