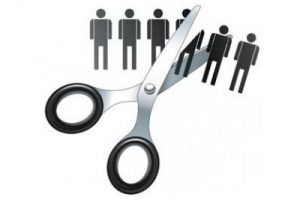 Sixty per cent of employers are in favour of extending the Job Retention Scheme (JRS) to September 2020, according to a new CIPD survey.

Currently, the UK government is planning to start ‘weaning’ employers off its Job Retention Scheme (JRS) in July 2020.

Employers said the JRS was ‘the single most important labour market policy intervention the Government could make to support them’ and if it hadn’t been made available, those willing to give an answer said they would have made on average 29% of their employees redundant.

That would mean that over half of currently furloughed employees would have lost their job, equating to 4.2 million redundancies – 14% of employees across the UK.

Gerry O’Neill, CEO at Curo Compensation, told HR magazine that he was “surprised at the timing” of the announcement to begin ending the JRS in July and expressed concern that the end of support would mean further cuts to jobs.

“This quarter and next quarter will be the most challenging times for most businesses. Unless there are plans to replace the furlough scheme with an alternative set of support measures, this announcement is premature.

“Our belief is that many businesses were planning to implement a further series of job cuts in the summer. This truncation of the furlough scheme may accelerate these further cuts,” O’Neill said.

As lockdown measures are eased gradually across the country Ben Willmott, head of public policy at the CIPD, said that it is right that businesses should also be “given a glidepath back to normality.”

Calling for reform to the scheme, he said: “The Job Retention Scheme has saved millions of jobs, but if it continues in its current ‘all or nothing’ form, it will be harder for employers to gradually wean themselves off this crucial support.”

told the CIPD that it would be useful if the scheme was more flexible and enabled furloughed staff to work reduced hours if necessary.

Willmott therefore advised that any reform the government makes should include the option for employees to work reduced hours.

He added: “This is good for the employee as it could help to protect their role moving forward, and it will help businesses to respond as economic demand gradually picks up, while reducing pressure on the public purse.”

Speaking to HR magazine, Elva Ainsworth, managing director at Talent Innovations said the furlough scheme had been a really useful, but rather blunt, instrument to help businesses manage their resources.

She said: “Winding down the scheme by covering only 60% and/or by removing the option totally, will inevitably lead to the alternatives becoming more attractive – it will increase the redundancies and also lead businesses to consider alternatives such as cutting hours and/or cutting pay.

“There are a myriad of different dynamics and levers to manage as an HR professional. Timing the wind-down so it kick starts and then aligns with the re-growth of the economy I guess is the trick and then, we in HR have to work out the best way to apply the emerging position to our own specific business culture, values and expected level of business.”