One in four employees furloughed 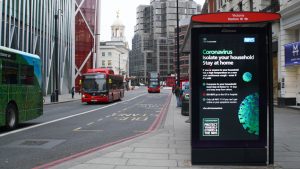 Nearly a quarter of employees in the UK have been furloughed, according to figures from HM Revenue & Customs.

Around 800,000 employers have made claims for wage subsidies for 6.3 million employees since the Coronavirus Job Retention Scheme opened on 20 April, costing the government around £8bn.

Before the coronavirus pandemic hit, Office for National Statistics figures showed that 27.9 million people were classified as employees. HMRC’s furlough statistics indicate 23% of this group have been temporarily laid off.

Torsten Bell, chief executive of the Resolution Foundation think tank, said the numbers show the scale of the economic shutdown in Britain.

“If this kind of volume of workers stay on the scheme for several months, the cost will run into the tens of billions of pounds. And that is a cost very much worth paying,” he said.

“Even despite mass furloughing, unemployment is still soaring, with over two million new claims for benefits coming though. This should remind us how badly needed the retention scheme is, but also that we are likely to be living with the legacy of high unemployment that coronavirus has given Britain, long after it has been phased out.”

The scheme is currently set to remain in place until the end of June. Despite calls from industry bodies to extend the scheme further, chancellor Rishi Sunak has said it would need to come to an end at some point.

He told ITV News on Monday: “I am working as we speak to figure out the most effective way to wind down the scheme and ease people back into work in a measured way.

“But as some scenarios have suggested we are potentially spending as much on the furlough scheme as we do on the NHS for example. Now clearly that is not a sustainable situation.”

Bodies including the CIPD, Reform and Make UK have urged the government to make the scheme more flexible by allowing furloughed staff to return to work on a part time basis, for example.

The Office for Budget Responsibility estimated that the scheme would cost £39bn between March and June.

Meanwhile, work and pensions secretary Thérèse Coffey revealed the Department for Work and Pensions received more than 1.8 million claims for Universal Credit, more than 250,000 claims for Jobseeker’s Allowance, and over 20,000 claims for Employment and Support Allowance between 16 March and the end of April.

“Overall, this is six times the volume that we would typically experience and in one week, we had a 10-fold increase. The rate for Universal Credit claims appears to have stabilised at about 20,000 to 25,000 per day which is double that of a standard week pre-Covid-19,” she told Parliament yesterday (4 May).