Coronavirus pushes redundancy up the agenda but there are complications 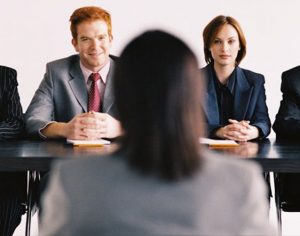 With waves of redundancies forecast to take place over the coming months, Jonathan Maude looks at the risks and complications inherent in the process, particularly around the terminology, which many businesses may not have considered

The recent redundancy statements by British Airway’s parent company IAG revealed the unfortunate truth which will become a reality for large numbers of employers during forthcoming weeks. In announcing a wave of redundancies IAG said: “The proposals remain subject to consultation, but it is likely that they will affect most of British Airways’ employees and may result in the redundancy of up to 12,000 of them.”

The company said it would take several years for air travel to return to pre-Covid-19 levels, a warning that has been echoed by business across the world.

The picture for many employers across the UK will radically change. The job, working environment, business and market that an employee leaves to work from home or be furloughed, will be completely different in many cases to the one they return to in the future.

Companies will need to plan for this new reality, and even the best-intentioned employer may need to break its promise to keep jobs open. As such it is likely redundancies will unfortunately become necessary and this raises a number of tricky issues to consider.

If there is a “reduced requirement for employees to carry out work of a particular kind” or some form of business closure or re-organisation then the redundancy definition is likely to be satisfied.

Who will be made redundant?

It is then for the employer to consider the numbers of employees affected and consider any pool and selection criteria which may be needed, if selecting employees. Equally, alternative vacancies should be considered and volunteers may be sought.

If 20 or more redundancies are being “proposed” at “one establishment” in a 90-day period then collective consultation obligations will arise, under s. 188(1) of TULR(C)A (Trade Union and Labour Relations Consolidation Act 1992). This will also require notification to the secretary of state of the proposed redundancies. If the number is fewer than 20 then it will be necessary to follow a fair procedure in relation to each employee at risk of redundancy.

What is ‘one establishment’?

The meanings of “proposing to dismiss” and “one establishment” have long been areas of debate. “Proposing to dismiss” was considered as far back as 1978 in the case of Transport and General Workers’ Union v Nationwide Haulage where a distinction between “proposed redundancies” and those that had already taken place was made in that, where dismissal had already occurred, there need not be “retrospective consultation.”

Today, however, this decision could well be seen as antithetical to the spirit of s. 188(1). “One Establishment” has also been the subject of a long line of decisions with the leading case of Rockfon A/S v Specialarbejderforbundet i Danmark where the European Court of Justice decided, an “establishment” shall be defined as “the unit to which the redundant workers were assigned to carry out their duties”.

In USDAW and anon v Ethel Austin, or the Woolworths case, (which concerned the redundancy of over 4,000 workers, most of whom worked in stores with fewer than 20 employees), the European Court of Justice noted the dismissals were effected within two large retail groups carrying out their activities from stores situated in different locations throughout the UK. Each store employed, in most cases, fewer than 20 employees. The employment tribunal had taken the view that the stores to which the employees affected by those dismissals were assigned were separate “establishments”.

The European Court of Justice did not conclusively determine that each individual store should be considered a separate establishment but its judgment clearly suggested that this was a permissible approach for the tribunal to take.

For any business that operates multiple sites or lacks a single working environment, identifying the appropriate “establishment” is vital and this will have regard to the particular circumstances of the business. In Mills and Allen Ltd v Bulwich the employer dismissed 24 direct sales team members across its UK offices. Although the company treated the Manchester sales department as its own unit, the redundancies were contemplated in relation to a planned reorganisation of the national sales force so the Employment Appeal Tribunal decided it was correct to think of them as all belonging to one establishment and collective consultation obligations were effective.

However, in Renfrewshire Council v Educational Institute of Scotland each school was making its own redundancies so collective consultation obligations were not effective.

Undertaking the consultation process is likely to be more tricky than normal where employees may be physically distant from the workplace, or working from home to maintain social distancing measures. Either way if collective consultation is necessary the employer will need to either use an employee “standing body” as representatives, if the constitution allows, or hold elections for the representatives to be elected.

There is no relaxation from this despite the current pandemic environment. This will all require much more planning on the part of employers as the whole process of organising elections, if needed, and undertaking the consultation process with disparate employees is going to take a great deal longer then may have otherwise been the case if the employer was able to hold physical town hall meetings, for example, and get the process under way as a result.

These are complex considerations and steps to be taken. Advance planning is key.