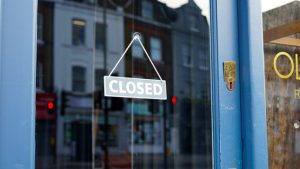 Employers want more flexibility built into the Coronavirus Job Retention Scheme – including an extension until at least September and the ability for employees to work reduced hours.

This is according to a YouGov survey of 1,178 senior HR decision makers commissioned by the CIPD, which found 76% of employers that have furloughed staff and 78% that plan to furlough staff think allowing staff to work reduced hours under the scheme would be useful.

Seven in 10 using or considering using the Coronavirus Job Retention Scheme (CJRS) say that up to half of staff on furlough could potentially work reduced hours, while 16% say more than half would be able to take on some work.

Six in 10 say extending the scheme by three months – to at least the end of September – would be the most important labour market change that would help organisations deal with the impact of Covid-19.

Any employers wanting to make 100 or more staff redundant after furlough is scheduled to end on 30 June, would have to commence a 45-day consultation by 17 May.

CIPD chief executive Peter Cheese said letting furloughed workers return to work gradually would help organisations rebuild their businesses, while extending the scheme into the autumn would ensure there’s no “cliff edge” exit from furlough straight into redundancy at the end of June.

“This will be vital as lockdown measures are eased over a number of weeks or months, and will reduce the risk of large-scale redundancies in this next phase of the crisis,”  explained Cheese.

“The government has shown its prepared to adapt and improve its rescue packages for businesses and workers as this crisis develops. It needs to do so again here.

“Equally, businesses must play their part. We need to see employers weigh up the ethical, legal and financial considerations of using the scheme, to act openly and responsibly to ensure that a more flexible system is not abused, and that public money goes to the businesses that need it the most.”

Almost half (46%) of employers that took part in the CIPD’s survey had already furloughed staff, while a further 10% planned to do so.

Just 7% had made redundancies in response to coronavirus disruption. A further 12% said they expected to make staff redundant.

Think-tank Reform has also called for the introduction of “short-time” working in the CJRS, to help “wean” employers off government support as lockdown restrictions lift.

Reform said that schemes in similar economies allow employees to do some work if they are able, with the state still making a contribution to their wages.

Germany’s ‘Kurzabeit’ scheme, for example, pays up to 60% of employees’ net wages to compensate for reduced hours, with employees who are able to do some work required to fill out timesheets that are submitted to the government.

Similarly, in Sweden, employee hours can be reduced to different percentage levels, with their employer receiving corresponding levels of state support for wages.

Aidan Shilson-Thomas, co-author of Reform’s Working through it report, said: “The Job Retention Scheme has served its primary purpose of preventing a catastrophic wave of redundancies as Covid-19 brought the economy to a standstill. But government must not rest on its laurels.

“As it stands, the policy may not be flexible enough to meet the needs of employers as the economy slowly begins to restart.

“Ministers must allow ‘short-time’ working so employers have the flexibility to bring staff back to work in a gradual fashion while still receiving some support, once the lockdown begins to be lifted.”

Reform also called for the government to spell out the penalties employers can expect if they make fraudulent claims under the CJRS, and launch a public campaign around how employees concerned their employer is misusing the scheme can inform HM Revenue & Customs.

A Treasury spokesperson said: “We’ve taken unprecedented action to get through this economic emergency and our support package is one of the most comprehensive and generous in the world.

“Around half a million employers have already applied to our Coronavirus Job Retention Scheme to pay the wages of over 4 million furloughed jobs – jobs that might otherwise have been lost.

“We will take into account the wider context of the lockdown, the public health response and the longer-term economic recovery when taking any decision on how and when to close the scheme.”