What will happen to employment status and the Good Work Plan? 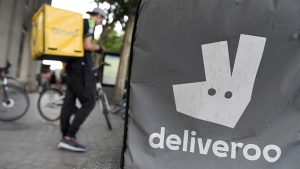 As we continue to face the impact of the coronavirus pandemic, gig workers face a lack of protection from the government. In contrast, the changes coming in on 6 April and the proposed Employment Bill continue to narrow the gap between the status and rights of workers and employees. Sian Jackson outlines the changes and how organisations should respond.

From 6 April 2020, workers will have the same right as employees to written particulars. The first step in being able to implement this particular change is to identify who your workers are – not just your employees.

History of the Good Work Plan

The Taylor Review in 2017 considered the implications of new forms of work (such as zero hours contracts), the rise of digital platforms (such as Uber) and the impact of new working models (such as Deliveroo).

It criticised “one-sided flexibility” in favour of organisations and made 53 recommendations with an overarching ambition for all work to be fair and decent.

In December 2018, the government responded with the Good Work Plan. The plan sought to deliver fair and decent work for all and to ensure clarity for employers and workers, particularly for those with an uncertain employment status. It also included proposals for fairer enforcement when the law is broken.

Since then, case law has continued to consider status challenges as individuals claim entitlements to the associated rights.

For example, there has been a case at first instance that decided Tupe protection extends beyond employees to cover workers (Dewhurst and others v Revisecatch) and Watford employment tribunal has sought clarification from the European Court of Justice on the proper interpretation of the “worker” status of Yodel couriers.

What happens in April?

As part of the government’s Good Work Plan, from 6 April 2020, as well as the right to a written statement of particulars, agency workers will be entitled to parity of pay after 12 weeks, even if the agency pays them between assignments. The holiday reference period for workers with no normal working hours will be extended to 52 weeks.

The Queen’s Speech in December referred to the Proposed Employment Bill, which looks as though it will continue to implement the Good Work Plan. Although the timing for consultation and the detail is yet to be published, this is likely to include the following elements of the Plan:

What can employers do to prepare?

Firstly, identify who your workers and your employees are. Determining the status of those who work for you was the most complex element of the Taylor Review and Good Work Plan.

Unfortunately, at the time of writing, there do not appear to be any proposals that address it. Indeed, as the gap between employees and workers continues to narrow, perhaps a time may come when the assessment of employment status will no longer be necessary at all.

Next, consider how you engage your workforce and whether that remains to be the most appropriate, efficient and legally compliant method. Does it reflect the reality?

Review your template employment contracts and worker documents. Even though the protection for workers is increasing, the documents for their engagement should continue to be distinct to employees to reflect their different rights and entitlements (whether statutory or contractual). For example, the right to a written statement which includes a training entitlement does not mean that workers are entitled to the same training as employees.

Finally, future proof the current framework that you use to engage the various types of resource that your organisation needs. It will then be ready to adapt to the continuing direction of travel in good time rather than because of legislation.

As law firm Leigh Day is taking legal action against the government because of its lack of support for those gig workers who have been left without work as a result of the coronavirus pandemic, organisations must take heed of the general move towards a legislative framework which offers more protection and clarity for organisations and individuals.

There is a general move towards the legislative framework offering protection and clarity for organisations and individuals. It could be argued that there is nothing new there.

Most significantly, this move is also being balanced with changes to reflect the changing world of work which is based on flexibility for both sides.

From one side, the freedom of individuals to work how they choose which fits in with their financial commitments, their family, their beliefs and their aspirations. From the other side, the ability for organisations to choose resource which will deliver its strategy and budget at any given time.

As always though, it is those organisations who are considering or have already introduced initiatives to facilitate the changing world of work and have the culture to deliver it without legislation which will be the most successful and sustainable.