UK women least optimistic about impact of parenthood on career 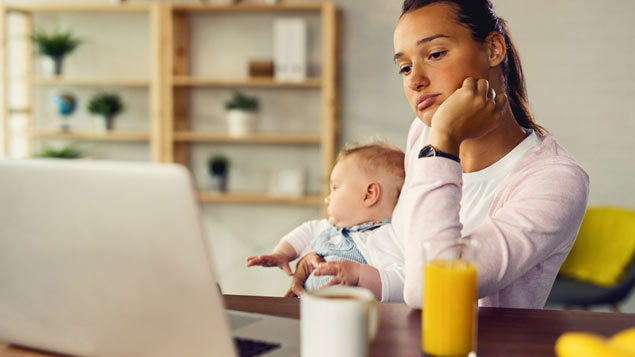 Men are more likely than women to believe it possible to rise to the top of their careers while still being a good parent, but fewer than half of women in the UK consider this a possibility, according to survey results released on International Women’s Day.

A YouGov survey that looked at attitudes to balancing work and home life in 17 countries found that only 41% of women in the UK with children under the age of 18 felt they could progress in their careers while spending time with their family, compared with 51% of men in the UK.

The UK was the least optimistic of 17 countries polled, while men and women in Thailand (both 87%) were the most optimistic about being able to “have it all” in the careers and home life.

Parents in countries including the Philippines, Spain, the United States and Germany were all fairly optimistic about the impact parenthood would have on their careers.

Meanwhile a second survey, also released by YouGov, showed that more women than men in the UK still feel that parenthood has negatively affected their careers, with two in five mothers (38%) stating that having children has harmed their career (14% of men).

The survey of 3,533 parents found men were more likely to state that having children had benefitted their career (34%), while only 16% of women agreed.

Of those who said parenthood had been negative for their careers, having to work reduced hours was the most common reason for their perceived lack of career progression (60% of mothers and 51% of fathers).

Having to decline job offers was also identified a barrier to their career aspirations, as stated by 55% of men and 52% of women.

Workers’ productivity was also suffering as a result of parenthood. Fathers who worked full time were more likely than mothers to say that demands at home have reduced their work performance (57% compared with 32%).

YouGov said: “All of these factors tend to lead to stagnating or lower pay. Indeed, a quarter of women who believe having kids was bad for their career say they’ve had fewer opportunities to get a pay rise compared with 12% of fathers.”

The survey results suggest that employers could be doing more to support parents in achieving a healthy work-life balance. One-fifth of all parents said their workplace does not accommodate their family needs well (22% of mothers and 19% of fathers), while 20% of mothers and 12% of fathers have experienced “outright discrimination” from their employer or colleagues because they are a parent.

Engineering firm Sir Robert McAlpine today said it had introduced greater gender parity and flexibility for families, including 26 weeks’ paid leave for both men and women following a child’s birth or adoption. Parents are able to request unpaid leave for parental duties from their first day at the company, rather than after one year’s service as previously.

“We aim to lead by example on inclusion, and the launch of our new Family First policies takes us one step further towards our ambition to be a flexible, family-friendly business that is the Best Place to Work,” said Karen Brookes, executive director of people and infrastructure at Sir Robert McAlpine.