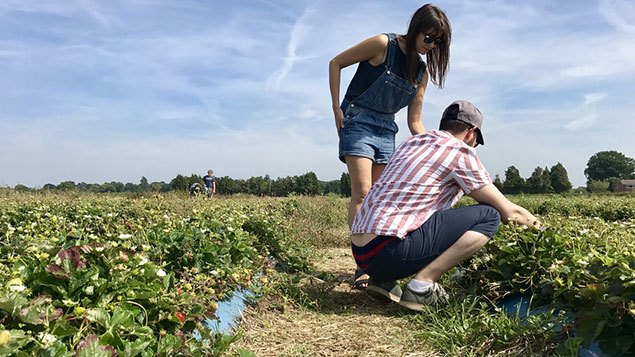 The lowest number of EU citizens since 2004 arrived in the UK for work purposes in the year ending September 2019, new Office for National Statistics figures have revealed.

The figures reflect not only a fall in the number of people coming to the UK looking for work, but also a decline in the numbers arriving with a definite job, although there are variations depending on which countries people are citizens of.

Meanwhile, non-EU migration is at its highest level since 2004, driven by an increase in people coming to the UK for formal study (particularly Chinese and Indian citizens) and what the ONS called “work-related reasons”.

Immigration for study among non-EU students has risen to 228,000 in the year ending September 2019, the highest figure since 2011.

The number of non-EU citizens arriving with a definite job has increased since 2013, and is now at 78,000 in the year ending September 2019. Conversely the number coming to the UK looking for work has fallen to 9,000 in the same period.

Overall, in the year until September last year, long-term migration continued to add to the UK population as about 240,000 more people arrived with an intention to stay a year or more than left.

The figures underlined concerns many in business have about the government’s proposals for immigration from 1 January next year, under which free movement will be replaced with a points system and minimum salary threshold of £25,600 for most workers.

Sophie Wingfield, head of policy and public affairs at the Recruitment & Employment Confederation, said: “More businesses are looking to hire staff since the election, and 71% of them have little or no spare capacity in their workforce. The major challenge is that not enough people are available to fill these roles. The fact that we now have the fewest EU citizens arriving to work in the UK since 2004 will only make this problem worse.

“Workers that the government calls ‘low-skilled’ are a vital part of the UK workforce, whether from abroad or not. They help us look after the elderly, build homes and keep the economy strong. We ask that the government includes a temporary work visa in the new system, allowing workers at all pay grades and skill levels to fill important vacancies and contribute to the UK economy.”

Her views were echoed by independent business group Ready for Brexit which pointed out that under the government plans most current EU workers would have failed to qualify under the new rules. This is because they would not have gained enough points to secure a skilled work visa. A spokesperson said: “This suggests that the government’s proposals will have a significant impact on the labour market – particularly on low-paid sectors currently reliant on EU migrants. Businesses such as hotels, restaurants and construction firms will also find it particularly difficult to recruit EU workers under the new system.”

Ready for Brexit added that according to Federation of Small Businesses figures, more than a quarter of businesses have at least one staff member from the EU. And 95% of SMEs have no experience of handling immigration issues.

Migration expert Madeleine Sumption, director of the Migration Observatory at the University of Oxford, urged caution over rushing to conclusions about the ONS figures and speculating about the effects of the new immigration system.

She said: “Compared to current policy for EU citizens, the government’s immigration plan is much more restrictive, as well as more expensive for both employers and workers. That means the new policy should at least in theory significantly reduce EU immigration in the coming years – but migration levels are notoriously difficult to predict, and policy is not the only thing that affects migration.”

“The government plans to liberalise work visas for non-EU citizens, which may increase the number of non-EU workers, but exactly how much is hard to say. It’s important to remember that currently most non-EU citizens who move long term to the UK are actually not on work visas. Most come under other routes such as international study.”

The Institute for Public Policy Research published research earlier this month showing that under the new immigration plans 85% of EU immigrants working in hospitality would have been ineligible to work in the UK. Similar figures applied to transport and storage (90%), health and social work (66%) and construction (59%). For financial services the figure was 38%.