Are economically inactive people the answer to staff shortages? 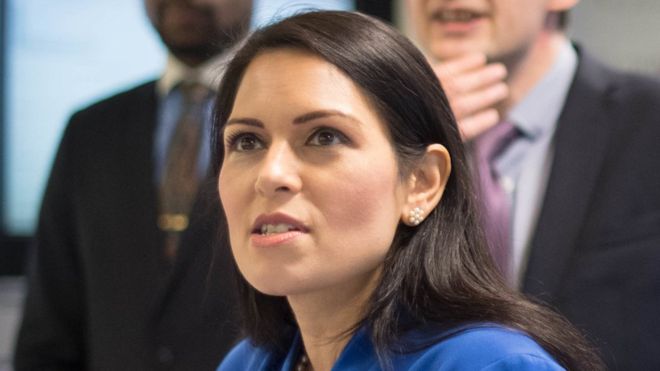 The claim: Staff shortages can be dealt with by training the 8.5 million people who are economically inactive.

Reality Check verdict: Many of those people are students, carers, sick or retired – and fewer than two million of them say they would actually like to have a job.

Home Secretary Priti Patel was asked on the BBC’s Breakfast programme about the ways in which businesses might be able to deal with staff shortages under the government’s new immigration system.

“We have over 8.45 million people in the UK aged between 16 and 64 who are economically inactive,” she said.

“We want businesses to invest in them, invest in skilling them up.”

The latest Office for National Statistics (ONS) figures show 8.48 million 16- to 64-year-olds are economically inactive, so the home secretary is right on this.

The ONS breaks down some of the reasons they fall into this category.

Why are people economically inactive?

The biggest category is students, who account for 27% of the inactive. They may be able to take on part-time jobs, but could not be relied upon to deal with the staff shortages that some business groups have warned about.

Another 26% of the inactive population count as sick – almost all of whom are long-term sick.

Next up, 22% of the inactive are those who are looking after their homes or caring for family members.

The fourth most common reason for economic inactivity is people who have retired before the age of 65 – that’s 13% of the total.

There is a very small category – less than half a percent – who describe themselves as “discouraged workers”.

The last 11% are classified as “other”, which includes people who say they have not yet started looking for work, those awaiting the results of job applications and some who say they do not need to work.

The ONS says that of the 8.48 million economically inactive people:

So those 1.87 million could be targeted by businesses seeking to invest in their skills – although there may be various reasons why they are not currently looking for work.