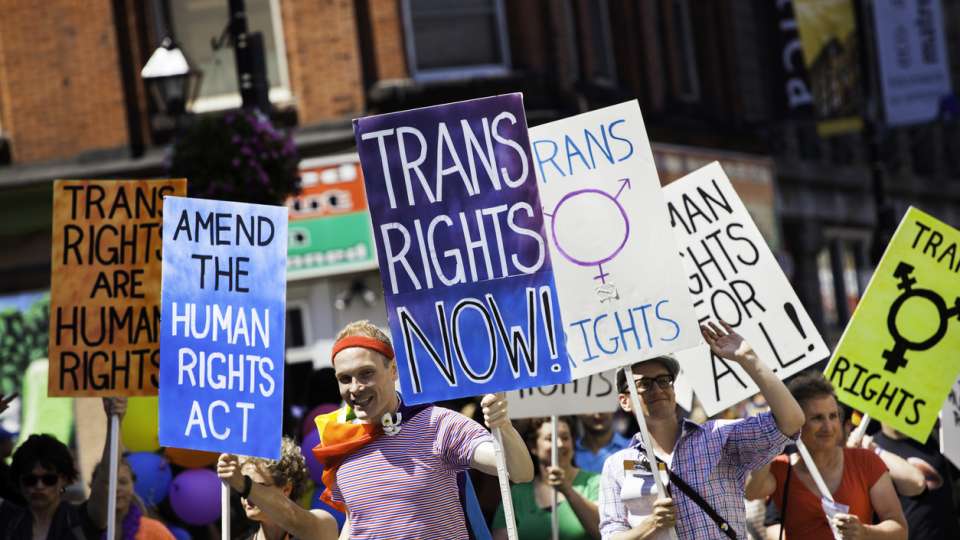 Transgender is one of the most misunderstood identity aspects in the social realm, especially the workplace.

For example, a transgender individual may be someone who undertakes hormonal and/or surgical interventions to achieve a destination gender identity. Equally, some transgender people adopt a new gender identity by means of non-medical steps, such as changes in everyday dress, speech or manners.

As well, there are transgender individuals who express a non-binary gender identity by altogether eschewing the conventional categories of male and female. What is more, transgender status does not connote a particular sexual orientation, so transgender people can be gay, lesbian, bisexual, straight or pansexual.

Why we need to pay more attention to transgender issues

The complexity of transgender is often glossed over by the uncritical use of the label LGBT in both HR practice and academic research, which sometimes conflates not only sexual orientation and gender identity, but the distinct needs of different groups.

While it is true that transgender people may have overlapping concerns with LGB cis-individuals, they also have unique needs that must be addressed in their own right. For example, many transgender people undergo transition – the complex process of re-configuring an existing gender identity in ways that more closely match a desired gender identity.

In addition, transgender individuals are much more profoundly stigmatised than LGB cismen and ciswomen. Transgender is viewed in society as a threat to gender, which operates as the most fundamental organising principle of social and organisation life.

Two recent transphobic policies from the US immediately come to mind when highlighting the comparatively heightened fear and anxiety that threaten transgender individuals.

Within months of assuming office, the current US president reversed two of President Obama’s key equality policies, which were specifically developed to safeguard gender identity minorities.

There is now an official ban that prohibits transgender individuals from serving in the military, and the rights of transgender students in US public schools to use toilets that accord with their gender identity have been revoked.

Not only are transgender people victims of far more extreme marginalisation in public and private life, but the very depth of the existing stigma means that the hard-won rights of transgender people can be much more easily taken away.

Through conducting research on gender identity inclusion in the workplace, in collaboration with Professor Ahu Tatli from Queen Mary University of London, three key challenges faced by transgender employees came to light.

Research finding 1: transgender people are discriminated against during the recruitment process

Our qualitative research based on in-depth interviews with transgender employees in the UK shows disturbing trends that must be addressed swiftly and decisively (Ozturk and Tatli, 2016).

HR professionals can play a central role in tackling the plethora of existing inequalities suffered by gender identity minorities at work, as HR shares direct responsibility over the workplace issues raised by our research.

First, transgender employees have a severe under-representation problem in UK workplaces. Many organisations view gender identity diversity as too far a goal to advance. Transgender workers are implicitly understood as incongruent with professional work contexts as well as stereotypically gendered lines of work.

As a result, transgender workers are severely discriminated against at the recruitment and selection stage. The continuing lack of organisational awareness or expertise regarding transgender people exacerbates the under-representation problem.

Disclosure was another key issue highlighted by our research (Ozturk and Tatli, 2016). The ability of a transgender worker to be upfront about their gender identity is often severely compromised due to gender-typical industry norms, as well as unsupportive organisational contexts.

Transgender employees are often having to remain silent about their gender identity journeys as well as their pressing needs and requirements as transgender workers, because they fear reprisals from employers, peers and customers. As many organisations are not furnished with adequate know-how to create a trans-supportive environment, disclosure concerns continue to loom large in transgender work lives.

Research finding 3: Transgender people do not receive the right support through transition

Another significant issue highlighted by our research is transition (Ozturk and Tatli, 2016). Transgender workers, who undertake gender identity transition while employed in the same organisation, are often subjected to invasive personal questions, treated as objects of curiosity and represent a ‘problem’ that must be managed.

Organisations often worry too much about coordinating potential absences during transition, or how schedules can be managed so as to minimise any performance shortfalls.

A proactive HR approach to inclusion is critical to surmount the serious barriers that stifle transgender equality at work. There is a deep and broad knowledge gap regarding transgender issues even within the HR ranks. As such, HR workers and equality and diversity officials need training on how to develop a sensitive and precise understanding of transgender issues.

Without this, HR workers are not fully armed with the requisite knowledge to tackle deep-seated prejudices. In addition, the training to HR workers must be followed by broader transgender training provided across the organisation, from the management ranks to entry-level employees.

This encompassing roll out of training across different levels and functions is a pre-requisite for securing in-depth organisational awareness and appreciation of transgender issues.