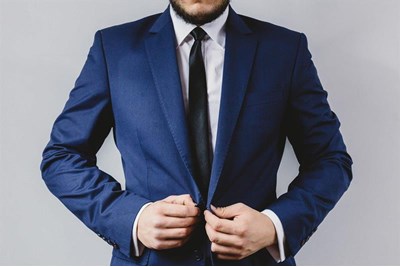 Two-thirds (65%) of Generation Z employees feel judged and have received unwanted comments about their appearance from colleagues, according to new research by graduate job website Milkround

Almost three quarters (74%) of respondents said they feel stressed getting ready for work and choosing what to wear on a daily basis, compared to just 14% of Baby Boomers (55- to 75-year-olds).

Thirty-six per cent of Gen Z employees between the ages of 18 and 22 also reported being actively worried about being ridiculed for their clothes at work, and 15% said they have received negative comments from colleagues.

Georgie Brazier, graduate jobs expert at Milkround, expressed a concern for the number of young people experiencing such negativity about how they look.

She said: “An alarming amount of Gen Z employees are feeling increasingly stressed about their physical appearance in the workplace. These feelings are then heavily compounded by issues around budget and judgement from employers, alongside pressures from social media.”

Dress codes are not only causing stress, but nearly half (40%) of respondents think their choice of work-wear increases the likelihood of being judged by appearance rather than performance.

Forty-three per cent of those surveyed said they felt they missed out on landing a job based on what they wore to an interview.

HR teams and senior decision makers mirrored this thought-process, with 75% admitting they would write someone off for a role based on how they were dressed at interview stage.

Brazier added: “We urge employees to not focus on the superficial qualities and look for the value a candidate can bring. You’ll end up hiring additional talent, and they’ll be more productive.”

The research, conducted in November 2019 by Opinium on behalf of Milkround, collected 2,000 responses representative of the UK working population, with a boost of 500 Gen Z and 250 HR decision makers.