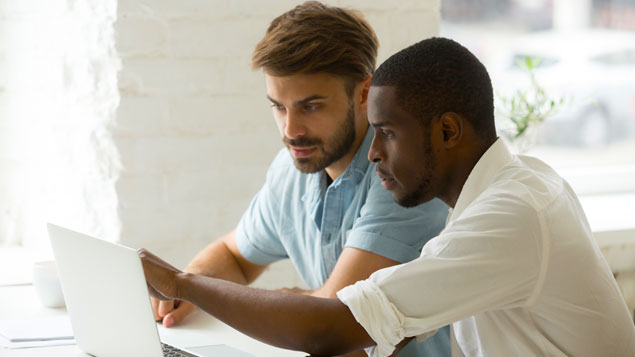 There is a disconnect between young people’s perceptions of apprenticeships and their aspirations for learning, new research has revealed.

Skills development organisation City & Guilds Group’s study (Stamp Out the Stigma), published at the start of National Apprenticeship Week, shows there is what it calls a “clear stigma” with apprenticeships, with people far more likely to choose university despite identifying the advantages of an apprenticeship over higher education.

Researchers, polling almost 2,000 adults in England, found that apprenticeships were considered to outrank university education in terms of value for money (57% vs 5%, see infographic), longevity of skills (39% vs 13%) and preparing young people for the workplace (54% vs 6%).

Three-quarters (73%) of respondents also said they believed apprenticeships were good at preparing young people for future careers, significantly more than those who said the same for university degrees (52%).

But when asked about their own preferred option for gaining workplace skills, most respondents said they would be more likely to go to university (50%) than do an apprenticeship (30%).

City & Guilds Group’s findings on perceptions aligned with a new survey by Mumsnet and the Department for Education launched to mark the start of National Apprenticeship Week, which found a sizeable minority of parents (35%) still associated apprenticeships with manual jobs, like plumbing and carpentry, and 45% were unaware they go right up to degree level.

Mumsnet’s poll found that parents feared their child would be stuck doing boring, menial jobs like making the tea if they become an apprentice and that 48% feared for their children’s future earnings if they took an apprenticeship rather than go to university.

Education secretary Gavin Williamson said: “This research shows that outdated views are holding young people back from pursuing their dream career.” He said he wanted to see parents looking “beyond stereotypes and embracing every opportunity”.

Mumsnet Founder Justine Roberts said: “Parents on Mumsnet are interested in the idea of apprenticeships and don’t dismiss them out of hand, but some of our users are not very confident about explaining the opportunities on offer, and in some cases perhaps haven’t yet fully understood the range of qualifications and the doors they can open with employers.”

For Kirstie Donnelly, interim CEO at City & Guilds Group, apprenticeships needed to be more intensively promoted within schools and among the public. She said: “We would like to see greater collaboration between businesses, the government and schools to promote this fantastic training route to people of all ages.”

Donnelly added: “Apprenticeships will be vital to enabling the UK to deliver key pieces of planned government strategy, such as the National Infrastructure Plan as well as helping to fill roles in growing industries such as health and social care. However, currently they are likely to struggle to meet the demand if more isn’t done to encourage people of all ages to consider an apprenticeship as a good option.”

The research also highlighted that other vocational training routes were valued by people living in England. When it came to the best qualifications and training routes for setting up young people for future career success, BTECs/City & Guilds and similar technical qualifications were ranked second best (57%), after apprenticeships, scoring higher than undergraduate degrees (52%), A-Levels (52%) and GCSEs (52%).

Among proposals put forward for the government by City & Guilds Group was for schools and colleges to be recognised for the number of young people they direct towards all training routes, not just academic routes such as A-Levels and University.

The provision of robust, impartial careers advice at schools should also be a priority with schools supported to increase the amount of exposure that young people have to employers. More also needed to be made of leaders in business who had taken a vocational route rather than a purely academic one.