Holiday pay: why are employers still getting it wrong? 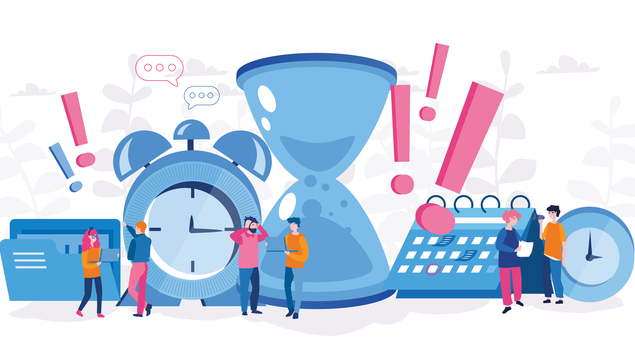 Many employers are still not getting their holiday pay calculations right, but are they to blame? Ashleigh Webber looks at recent case law and whether enough is being done to help employers pay staff what they are owed.

Over the past decade, four significant rulings have clouded the issues surrounding the calculations behind holiday pay.

In the first case, Bear Scotland v Fulton, the Employment Appeal Tribunal ruled that any overtime an employee is obliged to perform must be included in holiday pay calculations. Then, in Lock v British Gas in 2016, the Court of Appeal determined that holiday pay must include any results-based commission.

To complicate matters further, the Employment Appeals Tribunal last year said employers should include voluntary overtime shifts in workers’ holiday pay if they were regular enough, while a fourth case – The Harpur Trust v Brazel – clarified that holiday pay should not be pro-rated for staff who work only part of the year.

But despite the profile given to each of the cases, especially Bear Scotland which attracted significant attention in the national media, some employers are still getting their calculations wrong and potentially breaking the law.

According to XpertHR’s 2019 Annual Leave survey, most employers are calculating holiday pay solely on basic pay.

Its survey of 362 organisations found 21% did not include commission payments in their employees’ holiday pay and had no plans to include it.

Only 6.6% included commission in their holiday payments, while 1.7% did not currently include it, but planned to do so.

The remainder (70.7% of employers) answered “not applicable” – it can be assumed that these employers do not pay commission at all, so would not be able to include it in annual leave payments.

“It does continue to be a problem – employers still don’t seem to be following the law,” Unison legal officer Shantha David, who supported Mr Lock in his case against British Gas, tells Personnel Today.

“You would imagine that since Lock, because that was some time ago now, employers would have found some sort of mathematical solution through payroll, but it’s not happening. Employers are struggling with this, but it’s just basic arithmetic.”

David says that, put simply, employers must look at what an employee’s “normal” take-home payment is during the period of time they want to take as holiday, including any bonuses or overtime, and ensure the employee receives this amount.

“There are computer programs for everything: a basic spreadsheet can work out their average pay and commission for their past 12 weeks and divide that by 12 to get what a week’s pay is for when they go on leave. And yes, it’ll mean that it’ll be different every time they go on leave, but I wouldn’t say it’s impossible. I think it needs people to actually care and do it,” David says.

One practical problem faced by employers is the limitations of their payroll software, suggests employment law expert Darren Newman.

“Payroll software tends not to facilitate the sort of calculation of holiday pay that the Working Time Directive requires. Larger employers, in particular, do not find it easy to introduce a system that will calculate holiday pay correctly. That might mean that, periodically, they have to audit who has been paid what and make ‘catch up’ payments as appropriate,” he says.

Currently, the law requires employers to look back 12 weeks and calculate average pay from that, but from 6 April 2020 this reference period will be extended to 52 weeks.

“This might make it a bit easier, but I suspect workers will be paid in arrears for leave at the end of that year. In a way it’s easier to achieve, I suspect,” David says.

Part of the reason why employers could be excluding commission or overtime payments from holiday pay could be that there is no clear guidance or a formula for how it should be calculated. A number of employers that responded to XpertHR’s survey said they wanted improved official guidance on how to calculate holiday pay, with one manufacturer stating: “It would be helpful if the government would clarify how a calculation should be done when working out holiday pay on overtime. Otherwise it is just open to interpretation and there is no consistency across the industries.”

David says: “You might ask: is the government helping? There used to be a calculator online but it’s not there anymore, as it was due to be updated. I think it probably fell into the ‘too hard’ category and disappeared. You can’t blame employers for being confused.”

The law itself is also unclear and appears to contradict itself, explains Newman. Although UK employers, for the time being, are expected to comply with EU requirements for holiday pay, the Working Time Regulations 1998 – the UK legislation that brought the EU Working Time Directive into law – says something entirely different to the EU regulations.

“Successive cases at the European Court of Justice have made it clear that the definition of a week’s pay that is used by the Working Time Regulations does not match the requirements of the EU Directive,” he says.

“Frustratingly, the government has not amended the Working Time Regulations so that the definition of a week’s pay matches the requirements of the Directive. Instead it has left the issue to be decided by the case law.

“As a result the Regulations cannot be relied upon in working out a worker’s entitlement. This brings the law into disrepute.”

“I doubt that many people wishing to find out information about whether they have been underpaid would find this site useful – not least because, even if they find a relevant case, their circumstances are likely to be different, making comparison difficult,” says Glenn Hayes, an employment lawyer at Irwin Mitchell.

Article – Holiday pay: why are employers still getting it wrong? – by Ashleigh Webber originally posted on Personnel Today