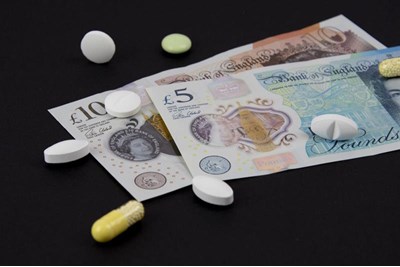 In the past three years the average gap between earnings and SSP has increased by more than £75 per month, leaving workers with less available cash when they’re ill.

The average contractual sick pay duration has also reduced by more than 11 weeks since 2016 to 2019. Statutory sick pay is available for up to 28 weeks.

This is reportedly trailing behind inflation and leaving the average worker on sick leave with a shortfall of more than £1,540 each month.

The research also showed a drop in the average Briton’s savings, with only 25% of UK workers saying they have any savings at all. Among women that percentage increases to 32%.

Despite this lagging statutory support and a drop in personal savings, the research found only 17% of people have income protection to cover them if they are unable to work because of illness or injury.

David Macgregor, commercial director at Cirencester Friendly, said: “It is deeply concerning that so many people would face potential financial hardship if they had to stop work because of illness or injury, and with the growing difference between people’s actual earnings and statutory sick pay this looks to be a trend that will only worsen.”

Macgregor told HR magazine: “HR can raise the awareness of income protection by issuing an annual benefit statement to staff. This would be a useful reminder for employees, while highlighting the gap between salary and sick pay during periods of absence. Employees increasingly value the overall benefit package so this could work as a retention tool.”

The research was conducted by Censuswide in July 2019 and surveyed 2,005 employees aged between 18 and 54.