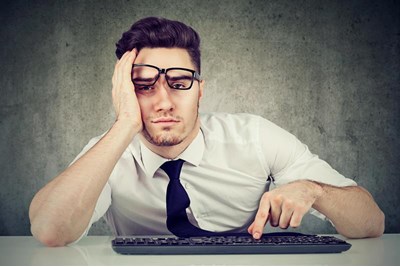 What if someone in your organisation was harbouring a secret? And what if that secret was that they felt their younger self had chosen the wrong occupation and they now felt resentful and stuck in a career they invested years in building?

‘Career’ is one area of life where individuals have the greatest regrets. Yet most of us wouldn’t feel comfortable telling our boss how much we wish we’d chosen something different.

Our recent research among healthcare professionals confirms that we would be right to worry that it reflected on our levels of commitment to the job – those who have occupational regret are likely to be less committed and less emotionally attached to their occupation.

This is problematic for organisations because lower commitment leads to withdrawal behaviours including low motivation, disengagement and absenteeism.

Unlike regrets about past events or regrets for something not done, regret about the decision to enter an occupation is especially painful because it remains current.

We have to ‘live’ it and often feel stuck. The money, time and effort invested into a career path can be a barrier to making a job change. It can also be difficult to let go of the status attached to an established career and start from scratch. In our research 62% of our sample felt they had put too much into their career path to consider changing.

We also found that negative comparisons were central to career regret. Our study asked people to ‘rate’ their career choice against another profession. Those who chose to compare with a profession that they thought was ‘better’ than their own were more likely to feel regret about their own choice.

So how does this inform how HR teams should respond if an employee lets their manager know how they really feel?

Firstly, although it may seem counter-intuitive, their honesty should be welcomed. Discretionary effort diminishes with lower commitment. An individual’s poor performance can be disruptive for teams, and there can be no solution if managers don’t really understand the cause.

Coaching can put the individual in a more positive frame of mind. Rather than comparing their choice with ‘what might have been’, help them to focus on what they have gained through their career, the skills developed and contacts made.

Based on that knowledge it may be possible to plan lateral moves and other opportunities to build on the skills they most value. That enables the organisation to continue to gain from the employee’s contribution and the employee to feel less ‘stuck’ because they are moving in a direction they feel better suited to.

HR practices that help to reveal true passions and strengths improve the deployment of people into jobs where their passions are fulfilled and their talents are better used.

This is aligned with a positive psychology approach to career development, strengths-based talent management rather than a gap approach focused on the remediation of ‘development needs’.

Looking after the needs of an employee with a hidden career regret may soon become even more of a necessity. While we cannot accurately forecast the effect of technologies such as robotics and artificial intelligence on work we know that they will be disruptive.

Some estimates suggest that two billion jobs will be lost to AI over the next decade, many of them roles that organisations cannot function without in the short term.

HR departments will need to rise to the challenge of keeping these employees motivated and engaged, even though it would be natural for them to regret picking an occupation facing an uncertain future. With our occupations changing underneath our noses, perhaps career regret should no longer be taboo.