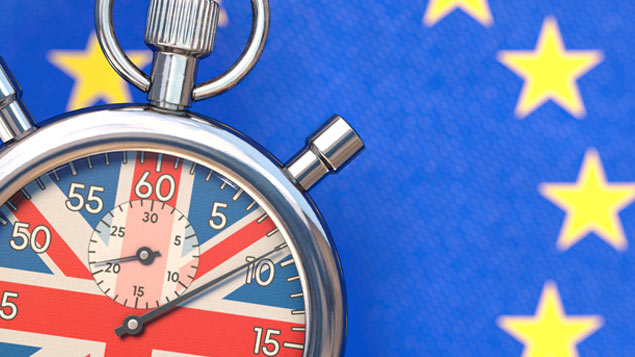 After much delay, the UK will leave the European Union at 11:00pm on 31 January. But with the arrangements for Brexit still unclear, how should employers be preparing for life outside the EU and will they see any immediate changes from February? Ashleigh Webber reports.

There are now just two weeks until the UK leaves the EU – 34 months after former prime minister Theresa May invoked Article 50, beginning the withdrawal process.

Some organisations may breathe a sigh of relief: will the UK’s withdrawal on 31 January end years of uncertainty exacerbated by delays to the process and political upheaval?

However, firms might also be anxious about what the future holds and what they should expect come 1 February – the first day of the transition, which runs until 31 December 2020. During this period, the UK is not technically in the EU, but is expected to abide by its rules.

So, exactly what will change for employers in February?

Not much, suggests think tank the Institute for Government, but employers still need to prepare for the future impact Brexit might have on their employees.

“The practical realities of Brexit will not be felt on 1 February 2020. The transition is largely a standstill agreement, preserving the status quo,” it says in its Getting Brexit Done report.

“The change at the end of the transition will, on the other hand, be significant. Under the deal envisaged by the government, border controls and checks will come into force, a new immigration system must be in place to replace free movement, changes to fisheries and agricultural policy will begin, and public bodies and regulators will need to take on new roles and responsibilities.

“The realities of Brexit, from a practical and administrative perspective, will be obvious for the first time [at the end of 2020] – government, businesses and individuals will need to be ready.”

From an employment law point of view, there are no anticipated changes as UK employers will be expected to continue to follow EU rules until 2021. There is also strong public support for the protection of existing workers’ rights beyond this date, despite government plans recently being criticised for lacking clarity on this area.

But since the EU referendum in 2016, a major concern has been how Brexit will affect access to the staff employers need, especially in sectors that rely on overseas labour like healthcare, social care and hospitality.

Even though a deal has not yet been struck, it is understood that Brexit will end the free movement of EU citizens between the UK and EU nations and a new immigration regime that covers all non-UK nationals will be brought in.

Just what impact this will have remains to be seen, but immigration from the EU has decreased substantially since the referendum and this downward trend may continue depending on if a deal is struck. According to the latest Office for National Statistics estimates EU net migration stood at 48,000 in the year ending June 2019, compared with over 200,000 in 2015 and early 2016.

As things stand, EU citizens will still be able to enter the UK freely during the transition period, so employers will still be able to access workers during this time. If the UK leaves without a deal, these staff and their families will need to apply for European Temporary Leave to Remain status to continue to live and work in the UK in 2021.

As Jonathan Beech, managing director at immigration law specialists Migrate UK tells Personnel Today: “[the transition period] will be similar to the last couple of rounds of negotiating Brexit and the deal itself: Should the UK leave the EU from 1 February 2020, then the immigration regime will only really change should there be a no-deal with any of the member states.

“In this situation, those EU citizens entering the UK from a date (to be determined – but it could be 1 February 2020) will need to apply for Euro Temporary Leave to Remain which will provide three years of stay and allow work,” he says.

Article – Brexit: What will happen on 1 February 2020? – by Ashleigh Webber on Personnel Today