Do your colleagues know how much you earn? 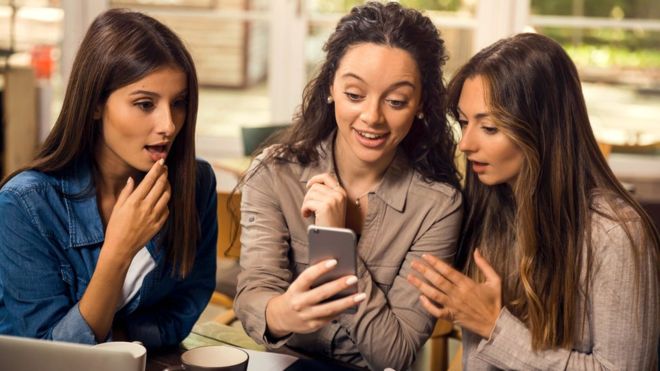 Discussing pay at work can be a touchy subject.

Whether it is the moment in a job interview when the topic of money is raised, or a request for an advance at the end of an expensive month, it is rarely a comfortable conversation.

But for almost one in five workers, having a conversation about their salary with a colleague could be more than uncomfortable, it could get them fired, according to a study.

“Pay secrecy clauses are a get out of jail free card for bad bosses,” said TUC general secretary Frances O’Grady.

Half of workers asked said they did not know what senior managers in their organisation earned. And 53% said they were not given information about other people’s pay.

Fewer than one five said their workplace had a transparent pay policy.

“Talking about pay can feel a bit uncomfortable, but more openness about wages is essential to building fairer workplaces,” Ms O’Grady said.

‘Ignorance can be bliss’

Tracy Jordan, an HR professional, told the BBC she would rather not know what her colleagues are earning.

She has worked in teams that all know or have access to information about how much each person is paid.

“I personally have found it’s better not looking and not knowing,” she said.

“Even if you feel you are paid a fair wage, there will always be someone that you perceive is doing a lesser job and is earning more.”

“Rather than feeling perpetually dissatisfied, I think ignorance can be bliss.”

However, Joseph Bunkle, a data analyst, said that approach only benefits bosses.

“Wouldn’t it feel bad knowing you’re being paid less than a colleague for the same job because you felt like ‘it’s just not something I like to discuss’?”

Romey Watters, who works in digital marketing, thinks there is a generational divide between those who are willing to discuss their salary and those who are not.

“I think younger people tend to be more transparent with sharing details about their salaries, perhaps because things like buying a house seem more unobtainable and the retirement age is increasing,” she told the BBC.

“I also think that companies sometimes encourage a culture of employees not disclosing what they earn as it could highlight a problem they want to avoid dealing with.”

Article – Do your colleagues know how much you earn? – originally posted on the BBC