‘Anti-IQ’ slurs: Why HR should be mindful of intelligence-related bullying 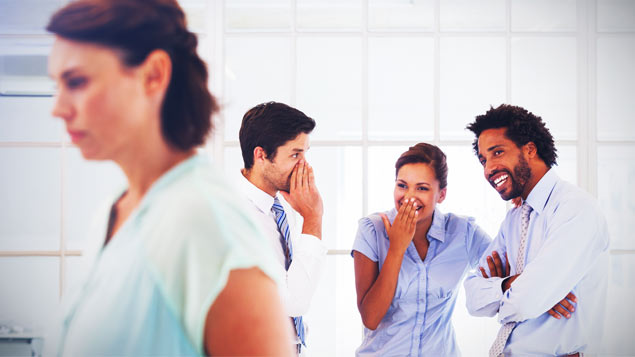 Terms like “nerd” and “geek” may not seem as harmful as racial or homophobic slurs, but a senior academic last month warned they can cause deep psychological damage. Beth Hale and Pooja Dasgupta look at how HR should tackle so-called “anti-IQ slurs”.

Dr Sonja Falck, a psychology lecturer and psychotherapist at the University of East London, recently suggested that “anti-IQ slurs”, such as calling people “nerd” and “geek” ought to be categorised in the same way as homophobic, racial and religious slurs under UK hate speech legislation.

Dr Falck based her recommendations on her research into discrimination against individuals with very high IQ and its psychological impact, calling for people of high intelligence to benefit from the same protection as other minorities.

In an employment context, the type of protection sought by Dr Falck falls outside of the current scope of the Equality Act 2010 as intelligence is not one of the nine protected characteristics it defines. The protected characteristics would have been very carefully considered at the time the legislation was drafted, with the aim of protecting interests that are shared by many individuals and have historically triggered widespread discrimination, such as race and gender.

There have been notable attempts to widen the scope of the Act; particularly in relation to the definition of “philosophical belief”, which falls within the “religion and belief” protected characteristic. In situations where the definition of a protected characteristic is not so clear cut (as it might be for race or gender, for example), it becomes a matter of interpretation by the courts. A recent employment tribunal ruled that “ethical veganism” constitutes a philosophical belief for these purposes.

By way of contrast, intelligence does not neatly fit within the definition of any of the existing protected characteristics. However, if a person is treated differently because of a protected characteristic, such as a disability, it is possible that derogatory comments regarding their intelligence might form part of the factual matrix in respect of proving less favourable treatment.

While there does not appear to be immediate protection for those with high IQ, individuals who are mistreated in the workplace due to their intelligence may have alternative legal recourse. For example, they may have claims for breach of contract arising from a break down in trust and confidence and/or personal injury claims.

If the conduct is serious enough – particularly, if it is “oppressive and unacceptable” and happens on at least two occasions – the individual might also have a claim under the Protection from Harassment Act 1997 (“PHA”). The PHA renders harassment a criminal offence and also entitles victims to sue the perpetrator in the civil courts for an injunction and/or damages.

If the individual is suffering from work-related stress as a result of facing repeated “anti-IQ slurs” and related behaviour, they might also fall into the definition of disabled under the Equality Act and be able to bring claims for disability discrimination.

There are steps that can be taken by employers to combat this type of behaviour in the longer term – mainly, at this stage, to be alive to these issues and generate wider awareness. After all, prevention is better than cure.

Article – ‘Anti-IQ’ slurs: Why HR should be mindful of intelligence-related bullying – by Beth Hale and Pooja Dasgupta originally posted on Personnel Today