They say that whatever happens in America will be happening in the UK very soon! Forget the nanny state, here comes the nanny employer 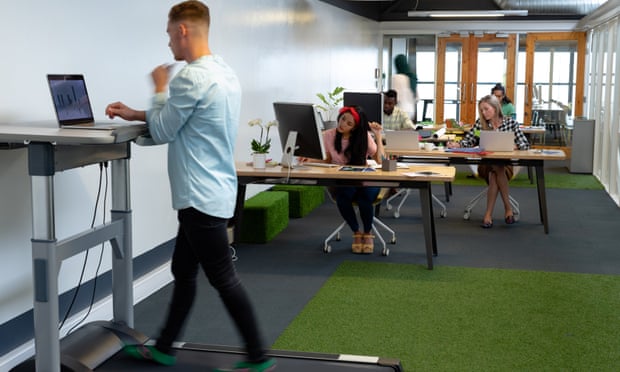 Usmoke? U vape? Then good luck getting a job at U-Haul; the US moving and storage company recently became the latest employer to introduce a nicotine-free hiring policy. To be clear: that doesn’t mean no smoking on the job; it means that if you have the occasional fag at home it won’t hire you.

From February, U-Haul will join the likes of Alaska Airlines and Scotts Miracle-Gro in no longer hiring nicotine users in the 21 US states – including Massachusetts, Pennsylvania and Texas – where there aren’t any laws preventing employers from discriminating against smokers. In the 17 states that allow nicotine tests, applicants will have to take one.

U-Haul has said the smoker-free policy comes from a place of love. “We are deeply invested in the wellbeing of our team members,” it explained in a press release. “Nicotine products … pose a variety of serious health risks. This policy is a responsible step in fostering a culture of wellness at U-Haul.”

Let’s translate that corporatespeak, shall we? What it is actually saying is: “We are deeply invested in extracting every possible ounce of productivity from our employees until the glorious day when we can replace them all with robots. Smokers take more sick days and cost more money. This policy lets us use ‘wellness’ as an excuse to monitor and control our employees’ lives.”

Forget the nanny state; over the past decade, we have seen the rise of the nanny employer. Companies are increasingly encouraging – and sometimes borderline mandating – healthy habits among their employees, providing everything from on-site yoga classes to subsidised Fitbits.

Corporate wellness programmes are particularly common in the US because most people get health insurance through their employer; a healthy workforce means lower premiums. However, they are becoming more widespread in Britain and are being actively encouraged by a government that seems keen on shifting the burden of healthcare from the NHS to employers.

A 2018 government green paper called for “jobs that actively support and nurture health and wellbeing” and praised the likes of Barclays for its internal mental health campaign. And, last year, Boris Johnson proposed tax incentives to companies that support their employees’ mental health.

In theory it sounds brilliant that companies are doing more to foster better mental and physical health – even if it is for financial reasons. However, there is a thin line between helpful and intrusive.

A report in the Washington Post last year found that employers such as Activision Blizzard, a videogame company, were offering financial incentives for employees to use family-planning apps – and then monitoring these apps to see how many of their employees were pregnant or facing high-risk pregnancies.

A company executive boasted to the Post that its employees were growing used to the company mining their data. “Each time we introduced [a digital monitoring tool], there was a bit of an outcry: ‘You’re prying into our lives,’” the executive said. “But we slowly increased the sensitivity of stuff and eventually people understood it’s all voluntary.”

Just how voluntary are these wellness programmes, though? There have been lawsuits in the US over whether employers are offering such high incentives to disclose their private health data that employees feel there’s no choice but to acquiesce. Not to mention, companies are collecting increasing amounts of sensitive information from their workforce without explicit consent.

A friend of mine used to work at a startup. While she was there, the company installed sensors in the bathroom – apparently, it was tracking how many times people went to wee at work. While that may be funny, the fact that companies such as U-Haul are increasingly trying to mandate our personal lives really isn’t. Particularly as I have a feeling more and more employers will follow the moving company’s lead; just U-Wait.