Proportion of young people in Saturday jobs halves in 20 years 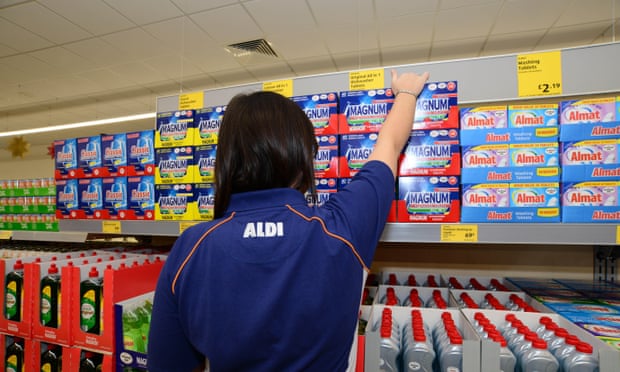 The proportion of teenagers working in Saturday jobs has almost halved in the past 20 years as staffing tills, stacking shelves and delivering newspapers have gone out of fashion and people have turned online to earn cash.

Only a quarter of 16- and 17-year-olds now do any conventional paid work, compared with 48% in 1999, according to the Resolution Foundation thinktank, which has identified a wider increase in the number of adults – now 3.4 million – who have never had a paid job.

Some young people are going online to make money, with 2 million 15- to 24-year-olds signed up to the fashion trading site Depop, which claims its most successful sellers earn £2,000 a month – far more than the roughly £250 a typical teenager would earn from a single Saturday shift per week.

Researchers also believe many young people are postponing the start of conventional work because they face longer working lives and want to focus more strongly on studies. But employers warn that the decline in teenage part-time work is leaving many unprepared for the realities of working life.

“This lack of work experience can create longer-term problems, particularly if they hit other life milestones or ill-health before their careers have got off the ground,” said Laura Gardiner, the Resolution Foundation’s research director.

Many of the UK’s most successful people have spoken publicly about their Saturday jobs; the London mayor, Sadiq Khan, toiled on a building site, the entrepreneur Karen Brady worked in a hair salon and the broadcaster Robert Peston cleaned freezers in a frozen food shop. The jobs that 16- and 17-year-olds are most likely to undertake include waiting tables, helping in restaurant and hotel kitchens and working as shop assistants.

“School leavers and university graduates coming into the workplace too often lack key skills like resilience, team working and general awareness of appropriate workplace behaviour,” said Amy Leonard, the chief executive of the Transformation Trust, which helps disadvantaged teenagers get into work. “Particularly with young people from socio-economically disadvantaged areas, it’s not just about developing the right skills, it’s about demystifying the world of work and helping them to develop the confidence to take that next step from education into work.”

Almost half of employers believe young people leaving school, college or university are not “work ready”, according to a recent survey by the Confederation of British Industry.

Research by Barclays last year found that 11% of young people bought and sold clothes and products online, citing their desire for flexibility, being “more entrepreneurial” and a shortage of traditional jobs in their area.

At the same time, more people are working now; this apparent paradox is explained by a reduction in the number of unemployed people who have previously worked and an increase in the number who have never worked.

This latter trend is driven not by a group of people deciding to live on welfare benefits, the Resolution Foundation said, but by university and college students working less, a longer lag between leaving full-time education and getting paid work and the decline of the teenage Saturday job.