Worker could make history in a crucial case for ethical vegans 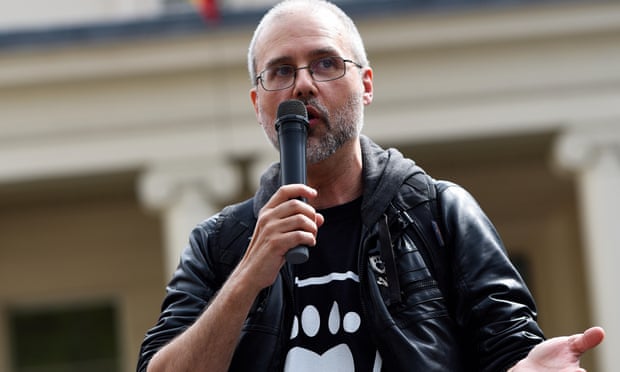 Whether “ethical veganism” should be recognised as a protected philosophical belief will be determined at an employment tribunal which starts on Thursday.

At a time when hundreds of thousands of people are attempting to observe “veganuary” – going without animal products for the whole of January – the hearing will add to the growing interest in veganism.

Jordi Casamitjana claims he was sacked by his employer, the League Against Cruel Sports, after disclosing to other employees that it invested its pension funds in firms involved in animal testing and for failing to follow a management instruction not to provide financial advice to his colleagues. “I am an ethical vegan,” Casamitjana said. “This involves much more than just not eating food with animal ingredients, it’s a philosophy and a belief system which encompasses most aspects of my life.”

Casamitjana’s law firm, Slater and Gordon, believes the case could prove to be a watershed. “Ethical veganism is a philosophical belief held by a significant portion of the population in the UK and around the world,” said Casamitjana’s lawyer, Peter Daly.

“This case, if successful, will establish that the belief entitles ethical vegans to protection from discrimination. The case we have prepared sets out how the belief in principle, and how Jordi’s particular interpretations of it, meet the required legal test.”

This case, if successful, will establish that the belief entitles ethical vegans to protection from discrimination.

The league insists Casamitjana, who has crowdfunded his legal action, was dismissed for gross misconduct. His dismissal letter told him that his actions were “biased because of your ethical principles and could influence them [other employees] to change their pension arrangement”. Casamitjana’s lawyers will claim this confirms that the league recognised that his ethical veganism was a genuinely held belief, rather than simply a viewpoint.

“Religion or belief” is one of nine “protected characteristics” covered by the 2010 Equality Act. And, according to his submission to the tribunal, Casamitjana’s ethical veganism is sweeping and “dictates all of my choices”. It means he spends considerable time on vegan outreach work, promoting veganism to non-vegans.

He explains that if a destination is within an hour’s walk, he will choose to walk to it “to avoid accidental crashes with insects or birds that may occur when taking a bus”. He pays for most things with a bank card or coins as new bank notes have been manufactured using animal products. And he eschews figs because they have a symbiotic relationship to a particular wasp. “You can therefore not be sure whether any of the wasps’ larvae is still inside the ripened fig and therefore I consider consumption of figs to be inconsistent with veganism,” his submission explains.

Not all vegans consider themselves ethical vegans. Dietary vegans may opt not to consume animals or animal products for personal health reasons.

But Casmitjana’s lawyers argue that “veganism is plainly capable of constituting an overarching worldview and mode of living daily life. At its heart lies a moral imperative, namely the recognition of non-human animals as sentient beings it is morally wrong to exploit or harm.”

They have obtained an expert witness statement from Jeff McMahan, White’s professor of moral philosophy and professorial fellow at Corpus Christi, Oxford, and a renowned thinker on animal ethics, who claims “there is … a consensus among moral philosophers that even if veganism is not morally required, it is morally better than omnivorism or vegetarianism”.

A second expert witness statement, provided by Dr Jeanette Rowley, a vegan rights campaigner, suggests “in my direct experience, veganism is a way of life that defines the vegan individual as much as someone saying, for example, they are Christian or Muslim. The ethical vegan makes a defining statement that their outlook on the world is grounded by justice, respect, duty, care and compassion in a community of sentient others, human and nonhuman, whom they do not wish to harm and whom they will endeavour to protect.”

Orders for vegan meals have increased by 388% between 2016 and 2018, making them the UK’s fastest-growing takeaway choice.

A spokeswoman for the league said: “The League Against Cruel Sports is an inclusive employer, and as this is a hearing to decide whether veganism should be a protected status, something which the league does not contest, it would be inappropriate for us to comment further.”