Brexit: 10 things UK citizens can still do in the EU after 31 January 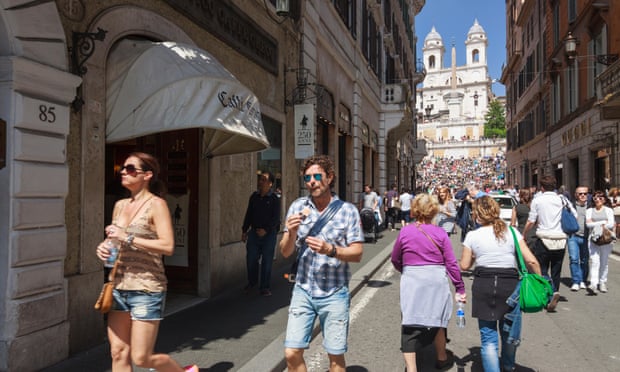 With the UK’s departure date from the EU now effectively set in stone, 31 January will be a historic day. The article 50 process will have been completed and the country will no longer be in the EU.

However funereal those who wished to stay in the EU may be feeling there will still be time to enjoy the rights of EU citizens because the UK will remain part of the single market for another 11 months.

Here are some things you can still do in 2020 because of the transition period.

1. Holiday in the EU

You can still travel to any EU member state up to 31 December 2020 with no impediments such as visas. After Brexit it is likely that visa-free trips will continue for stays of up to 90 days. The European health insurance card that gives health cover for tourists in another member state still applies.

Some might have fond memories of formative weeks and months working on the continent as a student, whether waiting in a restaurant, working in a factory, childminding in the Med, or working in a holiday resort in Spain. During the transition period, students and any other workers will still have the right to work in another member state. This is because freedom of movement rules, which includes freedom of movement of labour, still pertain while the UK is in the single market. Freedom of movement is likely to end on 31 December next year.

For the same reason, British citizens will still be eligible for full time positions in the EU. After Brexit, some countries will discriminate in favour of EU candidates.

Some of those that have dreamed of retiring to the EU at some point are already speeding up their plans to get in before the drawbridge goes up. As part of the withdrawal agreement, British citizens who are settled – whether working or retired – in the EU before the end of the transition period will retain most of their rights as EU citizens for the remainder of their lives. The key rights that have yet to be negotiated include an annual uprating of pension sent from the UK and the continued right to move within the EU.

5. Go on an Erasmus study programme

About 17,000 British students studied in another member state according to the most recent data for 2017/2018. Most of the university places for 2020 are already allocated but places are still available for further education college students and apprentices who are eligible for work placements of between two weeks to three months. It is hoped that Erasmus will continue after Brexit but this depends on negotiations on the future relationship with the EU.

British citizens will still be able to apply for funding in Horizon2020 programmes during the transition period. Eligibility will also still apply for European regional development funds and European social funds, which have been important sources for infrastructure and environment developments in rural areas and for many not-for-profit organisations seeking to help people into employment in impoverished areas.

The EU’s Creative Europe funding stream will remain open to British applications. Also promising a call for applications in 2020 is IPortunus, a new EU mobility fund for artists .

8. Nominate yourself for a literature prize

British writer Melissa Harrison won the UK’s European prize for literature in 2019 for Among the Barley, a novel exploring the dangers of nationalism and xenophobia. The prize fund is open in 2020 to British citizens.

EU citizens have the right to access healthcare in any EU country and to be reimbursed for care abroad by their home country. This is in addition to the emergency healthcare for tourists under the Ehic system. Little is written about cross-border healthcare, or the processes involved but it is still available during the transition period, says the EU. The NHS’s guide to getting treatment abroad is here while the EU’s overview is here.

The EU’s guide to rights for UK and EU citizens during the transition period is available online. This is a handy guide published in 2018 but which still applies, outlining various scenarios.

Article –  Brexit: 10 things UK citizens can still do in the EU after 31 January – by Lisa O’Carroll originally published on The Guardian