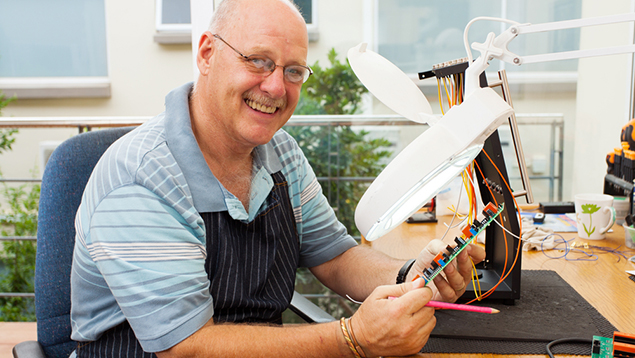 Workers aged 65 and over are likely to account for at least half of all UK employment growth in the next 10 years, according to a new analysis of government figures.

The new analysis, from jobs, volunteering and advice website Rest Less, shows that with population changes alone – assuming the current employment rate of each age group remains static – the over-65s will make up 52% of all the UK’s employment growth in the next 10 years, 57% in the next 20 years and perhaps 62% by 2060.

The ONS figures were released in a dataset called Employment, Unemployment and Economic activity, on 17 December.

Stuart Lewis, founder of Rest Less, commented on the analysis: “Today’s over-65s are healthier and more active than previous generations and many who are fit and able to work tell us that they have no intention of fully retiring any time soon. People’s reasons for continuing to work post state pension age vary wildly, from those who are choosing to top up their pension pots while they still can, to those who want to keep working for the love of the job, or for the health and wellbeing benefits.”

He added that the “longevity dividend” had “the potential to be one of the biggest societal opportunities in modern times,” if fully embraced.

But age discrimination was still a factor, with Rest Less analysis of ONS data in October showing that discrimination in hiring was still excluding many older people from the labour market with Dr John Philpott, director of The Jobs Economist consultancy, stating that “While employers are becoming ever more aware of the strong business case for employing and investing in older people, it’s therefore clear that much faster progress is needed.”

Lewis added that while the increasing numbers of over-65s in the workplace unlocked potential for employers to embrace a talented, flexible and highly skilled workforce, “it also requires many employers to change their outdated stereotypes of age in the workplace and reconsider how they engage with and attract talented older employees”.