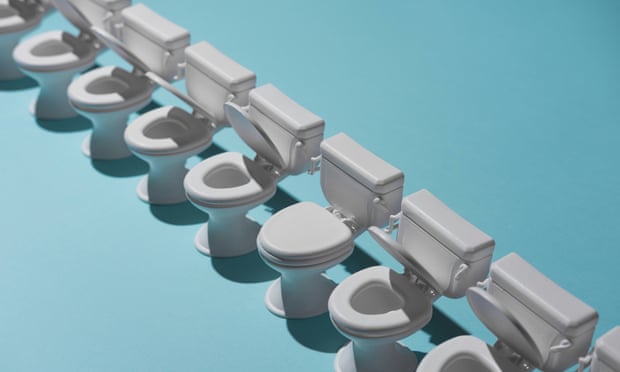 In an age of never ending work surveillance tech – from devices that track every move an employee makes to tools that measure keystrokes to determine how intensely you’re working – it feels only natural to end up here: at a toilet that does a little work-friendly kneecapping to get you off the seat in good time.

That’s right: for £150-£500 ($196-$654) you can subject your staff to having to sit at a 13-degree angle on the toilet, in the hope of getting them off it quicker. Developers at StandardToilet have determined that 13 degrees is exactly the right tilt to make your employee feel miserable on the toilet without causing any lasting pain.

Why? Well, apparently going to the toilet is just not productive. In its advertising, StandardToilet estimates that £4bn is lost yearly answering Mother Nature’s call.

According to StandardToilet, employees are spending an average of 10 minutes a day on the toilet. (Which leads me to ask the very pertinent question: how long is it supposed to take?) They estimate that their product will lead to a 25% reduction in time spent on the toilets, so employees can spend those extra two and a half minutes doing something way more productive. Like going to get coffee.

It’s not the only such hostile architecture developed by scrooges in recent years. In California, a paint has been created that sprays urine back on to whichever unsuspecting person tries to urinate in the street. Which is all fun and games, until you consider that nearly quarter of the US homeless population lives in California, many of whom might not have a better place to pee.

All of which leads me to question: who comes up with this stuff? And is there a toilet we can get shipped to them immediately?