Why the office Secret Santa is the worst Christmas tradition 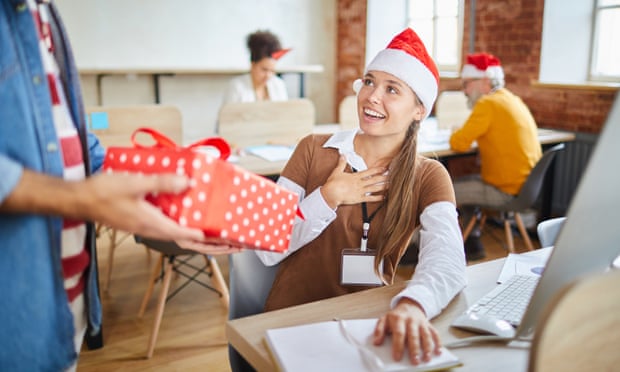 Objectively speaking, the worst thing about the festive season is the cringing bonhomie of an all-office Secret Santa. There’s the expense, of course, but also the sense that you are contributing to the amount of tat in our already overflowing world. Plus it’s a statistical inevitability that you will draw either the name of your office nemesis or someone you have never heard of before.

I am not alone in hating Secret Santa. According to a poll from Instantprint, nearly half of office workers hate Secret Santa. They say it’s because they are afraid of offending colleagues, but that is entirely besides the point. The whole purpose of Secret Santa is that it allows us Brits to do what we do best: being passive-aggressive to co-workers, under the guise of having a lark.

Generally speaking, Secret Santa gifts fall into two categories: junk you don’t need and jokes that aren’t funny. On the latter: Chris Vaughan, a 50-year-old patent attorney from Leeds, was once given a toupee (he is bald). “I guess if people feel able to give me a toupee, I can’t be the worst person in the world,” he says hopefully.

“It was a bit jarring,” remembers Matt Hallam, 25, a Manchester-based editor and self-described “token office gay”, of a recent gift: an enormous aubergine and a pot of Vaseline. He took it in good spirits – the gifter was a friend.

Then there are the truly awful gifts. Chloe (not her real name), 30, from Essex, was given a sexually suggestive present when she worked in publishing. “I never found out who it was from, but my senior manager went on to sexually harass me that night – so I’m guessing it was him.”

NGO worker Lindis Sloan, 46, from Norway, still shudders at the time her co-worker gave a bottle of wine to a recovering alcoholic. “He got the bottle, looked at it and didn’t say much,” she recalls. (No one knew about his alcoholism.) A few weeks later, Sloan’s boss noticed that all the bottles of booze in the office had been emptied and refilled with water. “The wine had triggered a relapse into complete alcoholism,” Sloan sighs. “He was off work sick for six months.”“I’ve never been a size eight in my life,” says 39-year-old Lucy Pope, a trainee teacher from Manchester. So it was surprising when a colleague gave her a pair of Kylie Minogue-branded knickers, in that size. “She said: ‘If they’re too small for you, you can exchange them for a bigger size,’” Pope remembers. “I said: ‘These are perfect, thank you.’”

Louise, a 29-year-old HR worker from Liverpool, will never forget the Secret Santa her first boss gave her: a laminated map of her route to work, so she would stop being late. “I was so upset,” Louise says. “He got drunk later and kept waving it at me at the party, too.” The gift had the opposite effect. “I was late for work a lot after that, and then I quit.”

Petty legends, the lot of you. And on the final burning question: is it OK to give to your in-laws something you were given for Secret Santa? Absolutely, resoundingly, yes.