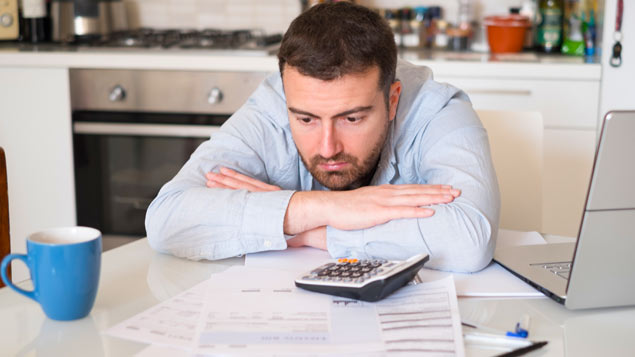 Financial worries are costing employers billions every year in absenteeism, lost productivity and turnover costs – but organisations are doing little to address the issue, a report has suggested.

Employers are losing 2.5 days per employee per year through financial stress-related absences, while 10% of staff struggle to focus because of money worries, according to financial wellbeing provider Neyber.

It estimated that UK employers are losing around £15.2bn each year because of employees’ poor financial wellbeing. This figure is based on around £30,000 per employee in recruitment costs to replace the estimated 3.6 million looking for a new job; one hour per employee per month in lost productivity; and 2.5 days off per year per employee on an average wage of £117.

Despite the high costs associated with workers’ money concerns, only 56% of employers agreed that their organisation was providing enough support for employees’ financial health.

According to Neyber’s DNA of Financial Wellbeing report, three in five employees (62%) felt they were affected by money worries. More than half (52%) were borrowing to meet basic financial needs, 45% admitted they ran out of money before payday and 36% sometimes or often struggled to pay off their credit cards.

Money worries were affecting employees’ mental health: one in five said they had felt depressed, a third had felt stressed, a third anxious and a quarter had lost sleep.

While 28% of HR professionals polled with the survey said employee mental health was one of their top three priorities, only 4% said financial wellbeing was a major focus.

Almost three-quarters (73%) of organisations that took part in the survey did have a financial wellbeing strategy, yet only 40% agreed their approach was “well-developed”.

Pensions were the most common financial benefit offered by employers, but many organisations were less open to providing more immediate financial support. Only a quarter offered their staff savings accounts, for example, and less than a third offered a salary advance or early salary access.

Monica Kalia, Neyber’s co-founder and chief strategy officer, said: “While having a financial wellbeing strategy has grown in popularity with employers over the last four years, it’s clear that employees are still struggling. Across the UK, an estimated 20.3 million workers are affected by money worries. And these worries are not just confined to the young or lower paid in the workforce. Many top earners are also stressed and anxious about their finances.

“The good news is that the financial wellbeing space has matured with many employers making in-roads. Employers are moving on from the original question of ‘should we implement a financial strategy?’ to ‘how do we best do this?’

“Providing support that is relevant to the differing needs of employees is important. Financial wellbeing is not just about paying off debt, but about ensuring employees feel in control and confident about their future as well.”

More than 11,000 employees and 720 organisations took part in Neyber’s survey.