Women excel at emotional intelligence – or do they? 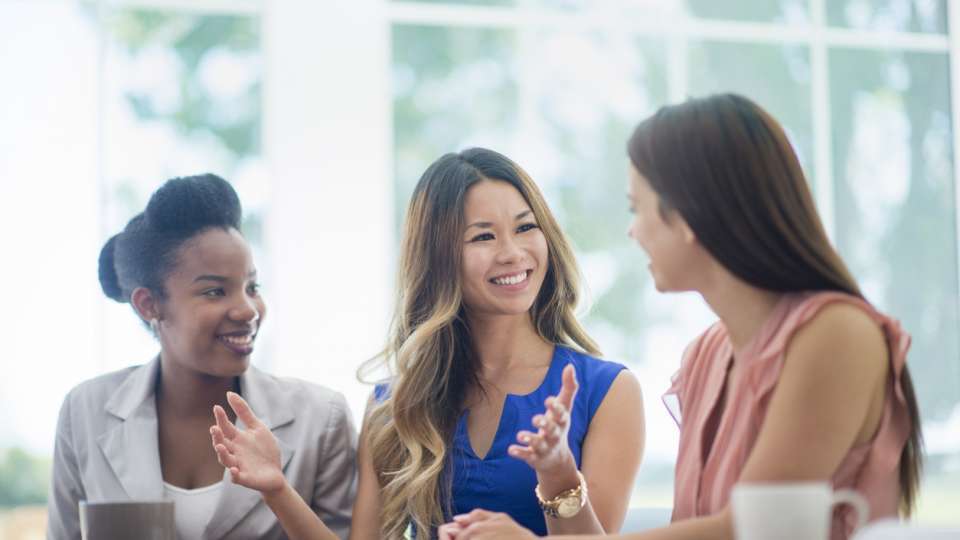 Christine Lagarde, the former managing director of the International Monetary Fund, famously said: “If Lehman Brothers had been a bit more Lehman Sisters, we would not have had the degree of tragedy that we had as a result of what happened”.

She was talking here about the 2008 financial crisis. The implication is that women lead differently to men, have a different risk appetite and are better at understanding people in the business context.

While a lot of men seem to agree there is a difference, some feel they are being penalised. One man in our Gender in the Workplace survey said, “there seems to be an assumption from many women that men are in some ways inferior. It is suggested for example that men have poorer EQ and are more aggressive. It would help if these attitudes were not encouraged”.

Is it true, however, that men and women have different inherent abilities when dealing with emotional matters is concerned?

From the perspective of neuroscience, what evidence is there that emotional intelligence exists?

There is a lot of popular data to suggest these attitudes are indeed encouraged, and there are several books on the gender-aware office library bookshelf that point to this belief, such as Men Are from Mars, Women Are from Venus by John Gray (1992).

You might have read books telling you that differences in physical structure and brain size account for why men and women seem to be better at different things.

Two hundred years ago author and clergyman Thomas Gisborne wrote: “The science of legislation, of jurisprudence, of political economy, the conduct of government […] these and other studies […] assigned chiefly or entirely to men, demand the efforts of mind endued with the powers of close and comprehensive reasoning and of intense application.” (From Enquiries into the Duties of the Female Sex: 1797.)

According to Gisborne, these qualities had been given to females with a “sparing hand”. His argument was that when it comes to performance in the female sphere “the superiority of the female mind is unrivalled.” Women, he claims, have powers “adapted to unbend the brow of the learned, to refresh the over-laboured faculties of the wise…”

This is where the link to emotional intelligence is assumed. These different qualities attributed to men and women are at the root of emotional intelligence or EQ, which, in a paper published in 1990, psychologists Peter Salovey and John Mayer defined as: “The ability to monitor one’s own and others’ feelings and emotions, to discriminate among them and to use the information to guide one’s thinking and actions”.

The idea of EQ and business was popularised by Daniel Goleman’s influential article ‘What Makes a Leader?’, published in the 1998 Harvard Business Review. Goleman challenged the long-held belief that intellect and rationality are central to success. He argued that they do matter as “threshold capabilities,” but he described them as “the entry-level requirements for executives.”

It takes effort, focus and concentration to understand other people.

From the perspective of neuroscience, however, what evidence is there that emotional intelligence exists?

Let’s look at the current thinking on interpersonal intelligence (the capacity to understand the intentions, motivations and desires of others) and intrapersonal intelligence (the capacity to understand oneself). We’ll then go on to examine whether men and women have evolved to have different brains based on capacities in these areas.

When we’re activating the mentalising circuits, however, we close down much of the rational, executive-functioning prefrontal cortex. So it’s not possible to complete a task or think about a new product design, for example, while also considering the impact of that on people.

The mentalising system is quick to switch on – Matt Lieberman from UCLA suggests it kicks in within about 20 seconds if we’re not focused on cognitive tasks – but it performs poorly when people are stressed or processing large amounts of information.

What this tells us is it takes effort, focus and concentration to understand other people. When these are lacking the mentalising system does not work efficiently. In business, the ability to understand the impact of information on people – on employees, on customers, on competitors – is a critically important leadership skill.

Business leaders (at least the popular view would be male business leaders) may be inclined to believe that they should leave their emotions at home, and that how they feel is a personal matter.

In fact, a better understanding of our ability, or inability, to control our emotions will show how they are highly relevant to workplace performance and decisions.

Threat or fear activates the amygdala, an area in the brain that releases the transmitter glutamate, which in turn activates other regions in the brain stem and hypothalamus. This starts a stress-response reaction and the release of cortisol into the bloodstream has a widespread impact on the body.

So that’s how the brain works to generate EQ… but is there any difference between these workings in the brains of men and women? As discussed above the popular belief is that men are good at some things and women at others.

Women and emotional intelligence at work

Research specifically on emotional intelligence by the Korn Ferry Hay Group in 2016 used data from 55,000 professionals in 90 countries. Women received better ratings on all competencies except emotional self-control, where no gender difference was found. In other competencies that are important for success at work, women scored higher.

When asked whether this meant that women are better suited for leadership than men, the authors said, “regardless of gender, our data shows that the most effective leaders within organizations are those who are able to demonstrate emotional and social intelligence….”

The sponsors probably didn’t want to alienate their male clients, which is understandable. To follow their logic, however, if the most effective leaders are those who demonstrate “emotional and social intelligence,” women exhibited such intelligence more than men on this particular survey.

Is there other evidence?

Next, let’s look at empathy as it’s the factor that is most often associated with differences between men and women.

Neuroscientists have shown one key to empathy is a brain region called the insula, which senses signals from our body. When empathising with someone, our brain mimics what that person feels, and the insula reads that pattern and tells us what that feeling is in our own body.

If the other person is upset, or the emotions are disturbing, women’s brains tend to stay with those feelings. On the other hand, men’s brains sense the feelings for a moment, then tune out of the emotions and switch to other brain areas that try to solve the problem that’s creating the disturbance.

Women – and men – live up to the stereotypes expected of them by society.

The complaint that men are tuned out emotionally, while women are too emotional, is, according to this research, a brain difference.

The devil is in the data, however. Whenever you look at the data, you are referring to two different bell curves, one for men and one for women, that largely overlap. What this means is that any given man might be as good or better as any given woman at empathy, and any woman as good as or better than a man at finding solutions.

Psychologist Ruth Malloy at the HayGroup in Boston studies excellence in leaders. She finds that when you only look at the best leaders in the top ten percent of business performance there are no gender differences in emotional intelligence. The men are as good as the women, and the women are as good as the men, across the board.

When it’s said that women are more emotionally intelligent it can be a backhanded compliment. The image of a leader is stereotypically one of (male) calm, composure and coolness.

Women, on the other hand, are stereotyped as emotional, excitable and often weepy.

So are women more emotional? An extensive review of the research in 1993 by Agneta Fischer of the University of Amsterdam found no evidence that there were differences between men and women and that the perceived differences were more the result of “Western sex stereotypes than about women’s actual emotions”.

What this review suggests is it’s not the behaviour that is different but the perceptions and labelling of the behaviour.

The importance of the context

A series of studies has found that women indeed do appear better at language and relational skills but only when they are primed to be like that. Nancy Eisenberg and Randy Lennon in a paper published in 1983 reviewed gender differences in empathy and found that women showed less advantage in empathy when it was not obvious that it was being tested.

In other, primed, research (that is, when it was suggested that empathy was important), men were just as able to be empathetic as women – and similar results have been found on maths and spatial tests.

In other words, women – and men – live up to the stereotypes expected of them by society.

These sorts of results suggest that stereotypes are mainly responsible for the gender-based differences that are so pervasive in society and business.

If, as a woman, you’re rather dismayed by this and feel that your EQ advantage has been removed, think about the other side of the coin. You and your daughters are just as capable of doing anything a man can; there is nothing biological holding back your maths or science understanding. Similarly, a man can be just as good at empathy when the stereotypes don’t hold sway.

Article – Women excel at emotional intelligence – or do they? – by Jan Hills originally posted on HR Zone