‘CVs at bottom of pile’: Britons in EU say Brexit is taking its toll 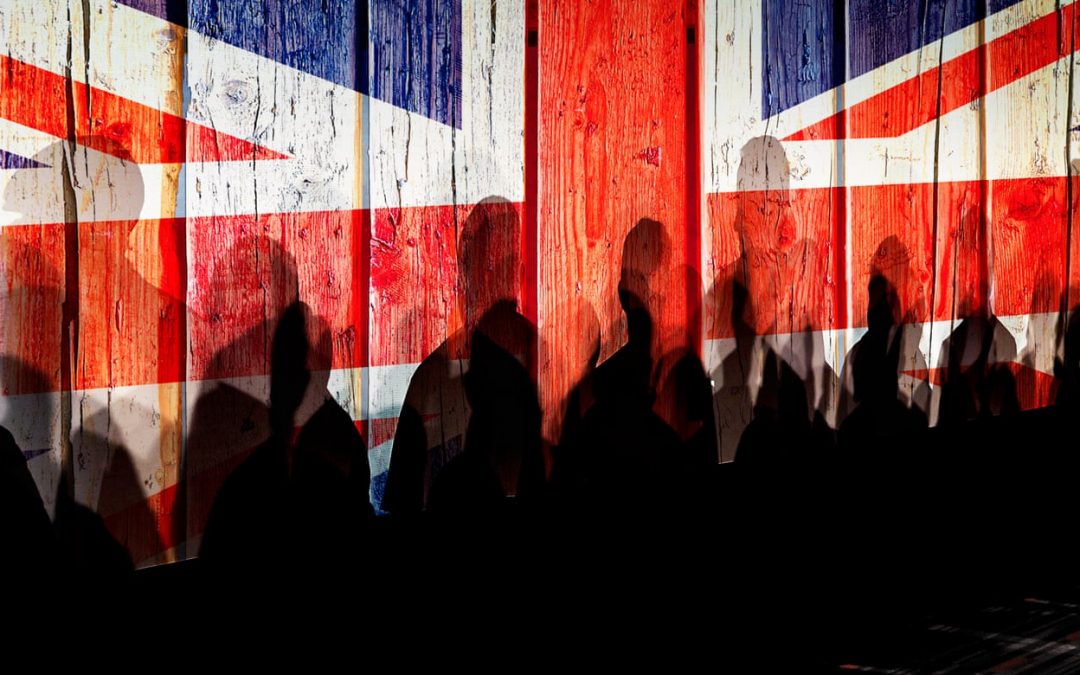 Past 40, and nearly five years after he arrived in Madrid, John Halliday is moving back to the UK and in with his parents. He had “nowhere else to go”, he says: Brexit had cost him his job and made other Spanish employers reluctant to hire Britons.

For employers, “no candidate is so special that you look at a pile of CVs and say: ‘Hey, let’s take a big risk with that one,’” Shields says. “This is what ending free movement into Britain means: barriers going up for Britons wanting to work in that enormous great market on our doorsteps.”

The risk of no deal, which would leave 1.3 million British nationals in the EU – 80% of them of working age or younger – facing a postcode lottery of 27 unilateral solutions for residency rights, social security, healthcare and recognition of qualifications, has now receded until 31 January, although it will return.

Boris Johnson’s renegotiated withdrawal deal, if it is ratified, does secure basic residency and social security rights, guaranteeing the freedom to move and live within the EU during the transition period plus the right to stay when it ends, and to apply for permanent residence after five years.

But the freedom of British citizens living in one EU country to move at will within the bloc, as they can now, and the right of all those who leave the UK after Brexit to live and work in the EU at all, are subject to any future agreement – and will depend on the rules Britain applies to EU citizens coming to the UK.

“We have absolutely no idea what the regime will be like unless and until the future relationship is actually agreed,” says Shields. “Will there be visa-free working? No one knows. There’ll certainly have to be some kind of permit system. And nothing can fully replicate free movement.”

In the meantime, anecdotal evidence suggests that continuing uncertainty about the exact status of British nationals on the continent after Brexit is already prompting some European employers to steer clear. “People are being turned down because they may soon not be EU citizens,” Shields says.

‘If you have 10 CVs from around Europe, why look at a Brit?’

In Germany, Megan Thornton, who has held a succession of jobs in sales, customer service and travel consultancy since moving to Berlin in 2013, suddenly found her CV was being “completely ignored” when she started looking for a new post last year.

“Either they didn’t respond at all, or it was an instant no,” she says. “I’d never had trouble finding work in Berlin; quite the reverse. I had the right skills and experience. One company finally explained it couldn’t accept candidates who needed a work permit. I said I didn’t: I was still an EU citizen. I never heard back.”

Thornton has since applied for, and been granted, permanent residence in Germany. Straightaway, she secured a string of interviews and, last week, a new job.

A similar experience greeted a British IT expert who moved to Luxembourg in 2017 with his wife, after she was recruited to a new job there from the UK. The couple, who asked not to be named, had planned for him to spend a year at home with their young children before he started looking for work, he said.

“Quite soon after that, I was offered a great job with Euratom, the European atomic energy agency – we got to choosing the company car,” he says. “Then, overnight, they changed their mind. The recruiter told me afterwards they couldn’t get anyone to sign off on me because of the uncertainty over my future status.”

Since then, he says, things had got to the point where “we nearly gave up and went home. We’d budgeted for two salaries. I must have sent 100 CVs and got maybe five responses. I’ve now spoken to a lot of people, a lot of agencies, and the general perception is: if you have 10 CVs from around Europe, why look at a Brit?”

This simply reflects “a wish to avoid a hassle and a risk you don’t need”, he says. “Firms here are used to hiring Japanese employees. They know the rules. But Brits are now an unknown. If you’re an Italian hiring here, you read a headline, hear something on the radio … You don’t have the time or the inclination. You play safe.”

‘British contractors are at the bottom of the pile’

Daniel Hibbs-Woodings has encountered the same difficulty. A highly qualified and experienced social housing professional who had previously studied and lived in Germany, he followed his German partner to Cologne in February.

“Property management jobs are plentiful here,” Hibbs-Woodings says. “I sent off 50 applications and got no replies. One filed online was rejected within 29 minutes. I knew I was instantly employable for all these jobs. I was stumped.”

Then he asked a recruitment agency to put him forward. Stripped of personal details such as name and nationality, his anonymised candidacy attracted instant interest from a number of employers. Once they had seen his full CV, however, none subsequently followed through.

“The harsh reality is that if employers have a choice, most will not go for someone with an entirely uncertain visa status,” says Hibbs-Woodings, who finally found a job outside his field for which he is substantially overqualified. “It could be a problem for many – you can only apply for permanent residence in Germany after five years.”

The difficulties for contractors working across several European countries are even more complex. Chris Williams, a senior independent technical contractor based in Spain, is currently working for Airbus on a major international project to install new military communications equipment in Nato bases across Europe.

He accepted the work after being told flatly by Galileo, the European global satellite navigation system, that no UK contractors would be considered “until Brexit has been finalised and we know exactly what the new rules are. And that applies to some extent all over: British contractors are at the bottom of the pile.”

Williams has already had to complete different formalities in Spain, the Netherlands and Belgium to be granted a temporary right to continue functioning as a provider of cross-border services. Next year, when he will be working in many more counties, he has no idea what the situation will be.

“My contract is with Airbus France, and under French contract law it is my responsibility to be aware of and comply with all the rules and regulations for third-country nationals working in EU countries,” he says. “It’s very hard indeed to work out exactly what I’m going to have to do.”

‘No one knows whether Brexit will be a problem’

‘French employers are asking whether Brexit will be a problem,’ says Lily Hall, a seasonal ski school worker.

In France, Lily Hall, an office manager for a ski school, is increasingly concerned about work after Brexit. She moved to France with her parents in 1997, aged four, and for the past six years has been a seasonal employee with French companies contracted by British tour operators to look after their clients in Val d’Isère.

“French employers are now seriously asking about whether Brexit will be a problem, and asking for papers,” she says. “I tell them no, but the truth is no one knows. My application for citizenship has been turned down once already because as a seasonal worker, I don’t have a permanent address in Savoie, where I work.”

Back in Madrid, Halliday said he and five other British nationals working for the same multinational were let go “because it was a highly time-sensitive project, running to a very tight schedule, and we represented a potential issue they could not afford”.

Hoping some Brexit clarity would emerge, he and his Spanish partner paid three months’ rent upfront to extend the lease on their flat to mid-October. “Of course, it didn’t,” he says. “And paying the rent in advance pretty much cleared us out. We’re going back to our parents’ to sit out the next few months.”

Article – ‘CVs at bottom of pile’: Britons in EU say Brexit is taking its toll – by Jon Henley originally posted on The Guardian