Firms put off hiring veterans due to mental health concerns 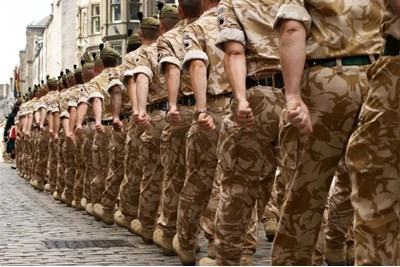 Almost half (46%) of UK recruiters worry about hiring a service leaver in case they have mental health issues, despite many possessing the skills employers urgently need

More than three in 10 (31%) UK hirers said they would feel reluctant to hire someone who has previously served in the Armed Forces. Marginally more male recruiters (35%) feel this way than female recruiters (28%).

The research surveyed both hiring managers and workers, finding that only 48% of UK workers would feel comfortable working alongside a service leaver.

However, there was also recognition of the benefits. When asked about the benefits of hiring veterans, workers cited veterans as being team players (57%), driven (43%), problem solvers (42%), resilient (41%), and quick thinking (40%).

To challenge a lack of understanding among businesses and to help ex-service personnel transition from military to civilian life SSAFA has launched a new campaign called Friendly to Forces. UK companies will sign up to show their support and their willingness to hire forces leavers.

SSAFA has also set up a mentoring programme. Mentees from the programme will be directed to apply for roles at SSAFA’s Friendly to Forces employers.

Amanda Fisher, managing director for facilities management, defence and justice at Amey, said her organisation has benefited from hiring veterans. “We’ve been recruiting forces leavers for more than 15 years and will continue to value the dedication and enthusiasm that comes with this background. They bring many qualities to our business including a ‘can-do’ attitude and transferable skills that make for a successful team dynamic,” she said.

Ray Lock, chief executive of the Forces In Mind Trust, said employers must tackle ‘unhelpful’ attitudes. “The fact that many organisations would not consider hiring veterans because of negative perceptions of their time spent serving in the Armed Forces highlights the misunderstanding that veterans are unskilled or unfit for business environments. Employers must ensure these unhelpful perceptions are addressed in their recruitment processes, so that they benefit from the skills veterans can bring,” he told HR magazine.

He added that while UK firms are struggling to fill skills gaps organisations should embrace veterans’ talents: “Veterans gain strong leadership, communications, management and STEM skills from their time spent serving in the Armed Forces. As the UK currently faces a STEM skills shortage, and the evolving world of work cries out for better leadership and collaboration, employers would do well to tap into veterans’ talent to the benefit of both veterans and UK organisations.”