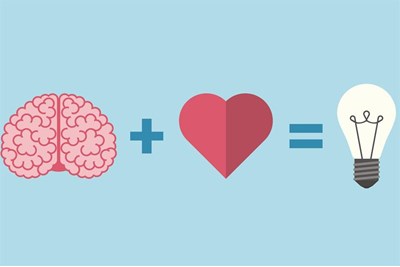 Emotional intelligence (EI) will become an increasingly vital quality among employees as new technologies automate more traditional and routine tasks, according to research from Capgemini.

Three-fifths (61%) of the executives surveyed said EI will become a ‘must-have’ skill in the next one to five years, and 41% of employees in non-supervisory roles echoed this sentiment.

Overall, 83% said that a highly emotionally-intelligent workforce will be a prerequisite for success in the years to come.

More than three-quarters (76%) of executives said employees need to develop EI skills so they can adapt to more people-facing roles, and so that they can take on tasks requiring skills that cannot be automated such as empathy, influence and teamwork (also 76%).

However, employees are nervous about the impact of artificial intelligence (AI) on skills in the future, the research found. Nearly two-fifths (39%) of employees believe their skills are or will become redundant because of automation and AI, up from 30% who thought this two years ago.

The research suggested that organisations with employees with high EI realise significant benefits, with productivity, employee satisfaction and market share all enhanced.

Additionally, less than 40% of organisations test for EI while hiring or assess this in existing employees in non-supervisory roles, despite this group being the most likely to be affected by automation.

The research highlighted four key areas organisations should focus on to build a more emotionally-intelligent workforce. These are: customising existing learning programmes to integrate EI and make them accessible to all; modifying recruitment processes to include the evaluation of EI; applying an EI lens when promoting and rewarding talent; and using technology and data to build a high-EI culture.

Claudia Crummenerl, global practice lead, people and organisation at Capgemini Invent, said that EI needs to be a priority for all organisations. “Companies are increasingly aware of the need for emotional intelligence skills but are not moving quickly enough to invest in them,” she said.

“This new research shows both the necessity for EI as routine tasks become automated, and also the benefits companies can gain through having an emotionally-intelligent workforce. The experience of the most successful companies in this space shows that organisations must prioritise EI in recruitment, training and culture to build a resilient team in a changing world.”

John Mayer, professor of psychology at the University of New Hampshire, added that it is possible to teach emotional intelligence. “Consider math ability. Each of us is born with some capacity to work with mathematics. But if we don’t take the courses in school that are devoted to teaching subjects like algebra we will have little capacity to come up with ways of manipulating variables and equations by ourselves,” he said.

“Similarly, with emotional intelligence there is a certain amount of teaching and tutoring that can be helpful. We can acquire knowledge in the area that will increase the effectiveness with which people use their intelligence.”

The research surveyed 750 executives and 150 employees from large organisations.